The fund was created through an anonymous legacy gift of £1.2m – the donor was a retired teacher who cared passionately about helping young people. It aims to support applications which will make a difference to the lives of disadvantaged young people in Cumbria by supporting study or vocational training.

How much can you apply for?
• Maximum grant will normally be £2,000 and we expect to make no more than three grants but we would expect most awards to be in the region of £500 to £750.

Who can apply?
• Individuals aged 14-22 years living in Cumbria with priority given to young people from Barrow and Carlisle.
• Applicants will need to provide evidence of excellence in their chosen fields and/or evidence of how you will/are raising aspirations for young people in West Cumbria

The Social Enterprise Development Award (SEDA) is a community investment programme established by Santander in partnership with community foundations to help growing social enterprises across the UK. A national competition is held annually with prizes awarded to fund growth.   The next round of SEDA will be launched in summer 2013 and will be open to any organisation that is a social enterprise which has been established and trading for more than two years and is increasing its trading income. Applicants must be able to show that at least 26% of total income is generated from trading activities (not including grant funding).

The organisation must directly benefit society in one or more of the following ways:
• improving social and community inclusion
• supporting disadvantaged people through skills, training and employment
• creating a greener environment

If you would like to learn more about the 2013 SEDA Awards and the application process there will be a workshop held on Monday 29th April at 2pm until 4pm at Ewanrigg and Netherton Community Centre, Ennerdale Road, Maryport, CA15 8HN.

Places will be limited, so please contact Annalee Holliday before 5pm on Friday 26th April on 01900 825760 or annalee@cumbriafoundation.org to confirm that your social enterprise meets the criteria and to book a place 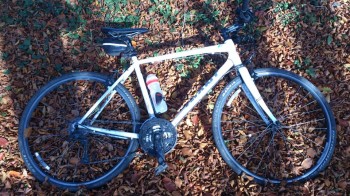 On Friday 15 February, I volunteered to write a blog on my preparation for and experience of the 2013 Rivers Ride. On Sunday 17 February, I fell off my bike and broke a few bones.

I’m no expert, but that’s not how I think you should prepare!

However, after seven or eight weeks of recovery, I am now sure that I do want to get back on. After all they do say you should get back on the horse! 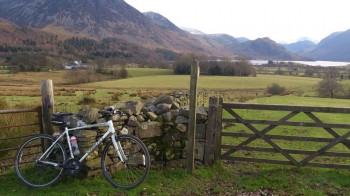 I’m not sure yet exactly when that will be, but I hope it isn’t far off – I’ve started cycling again at the gym and it has reminded me just how much I love it. Admittedly, it’s not quite the same when the view is the walls of Whitehaven Sports Centre rather than the Eskdale and Wasdale valleys I’d became accustomed to, but it’s certainly a start.

The other big unknown at the moment is whether I’ll be fit enough to do this year’s Rivers Ride, but I really hope so. My gut instinct is that if I follow my exercise plan and take the next few months of exercise slowly and sensibly, it might well be. But I’ll let you know how I get on.

In the meantime – to anyone who is considering taking part in the ride – I would simply say, do it! Despite the weather last year, the event was fantastic, and a great experience for everyone I spoke to. The course is challenging but achievable and takes in some of Copeland and Allerdale’s most striking scenery.

On top of this, you’re raising money to support the fantastic work that the Cumbria Community Foundation itself does to support people in the county.

When you’re struggling up Honister and Newlands – especially if it’s raining horizontally – you’ll be wise to remember that!

So this time last year Derwent decided to enter a team into the Jennings Rivers Ride… and now we’re doing it again! We must be mad… saying that, we did thoroughly enjoy it.

I hadn’t realised but I’d not updated with how last year’s ride went! Well, we all completed it and we even had a little video made of our journey.

It was wet, windy and tiring but we had lots of fun doing it. In total we raised over £2,000 and I was really pleased to be given a little award for raising the most as an individual rider.

Most of the team will be doing the 40 miler and I’ve heard mutterings from some who might do the 80 miler! I myself will see how training goes… It’s harder than you think!

The worst bit was the weather – next time I’m going to wear those funny waterproof shoes – I don’t care how daft I look!

So, training has started and we’re all raring to go – are you up for the challenge? 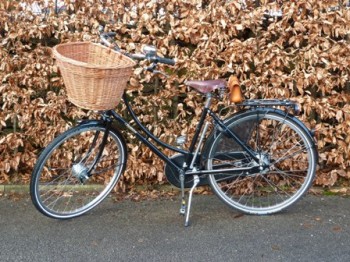 Go to garage. Bring out Florence. Inspect dust and cobwebs on Florence. Go and get duster. Return to Florence. Florence has blown over. Pick up Florence and cling on tight. Watch happily as howling gale removes every speck of dust and muck from Florence. Replace Florence in garage. Settle down in front of roaring fire with papers and mug of hot chocolate. Reflect contentedly on my early start to this year’s training for the World’s Best Bike Ride.