The team continue to work from home while COVID-19 restrictions are in place. 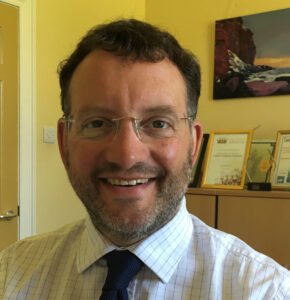 Andy joined the Community Foundation in September 1999 as the first and only member of staff.  Before then he had various roles as a Researcher with the Forestry Commission, Social Care Worker, Community Transport Researcher and immediately before joining the Foundation was a Rural Community Officer and then Deputy Director with Voluntary Action Cumbria (now ACT).  Andy studied at the University of Bradford where he gained a 1st Class honours degree in Environmental Science.  His first connection with Cumbria was through his late wife Dora who grew up in Bowness on Windermere.  He has become a leading figure in philanthropy in the UK leading the Foundation and its fund development for over 20 years. Promoting philanthropy and engaging donors with many of Cumbria’s inspirational volunteers and groups is what motivates him most. He was made an OBE for services to the voluntary sector in 2010. Away from work Andy enjoys time with his partner Alice and her two children and when able spends time cycling, sea kayaking, singing, playing the guitar and exploring remote places in Lucy, his 1974 VW Camper van. 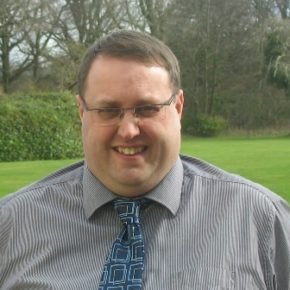 Andrew joined CCF in June 2014 initially to cover maternity leave but then decided to stay on! Andrew started working at Dodd & Co accountants in 2001 as a Trainee and passed his exams to become a Chartered Accountant in 2009. Andrew’s role is to manage the finances of the Foundation, along with servicing several committees and looking after the IT provision. Outside of the office Andrew is a keen cricketer playing in the Eden Valley Cricket League during the summer and attending England cricket games whenever possible. Andrew also enjoys spending time with his family and trying to keep up with his son! 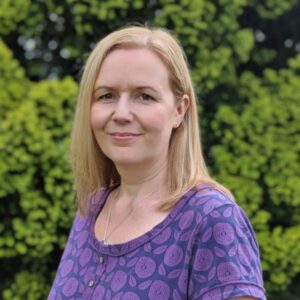 
Lynsey joined the team in October 2014 after relocating from North Wales. She has worked in finance for the last 15 years in various roles and is now broadening her horizons by studying for a CIPD qualification. Lynsey works with the Finance Director to monitor and control the company’s finances.  She also sometimes wears a HR hat and helps with recruitment, policies and procedures, and other HR admin. Lynsey is mum to two very energetic and inquisitive boys, so most of her time outside work is taken up refereeing and going out on family walks. When she can, Lynsey likes to escape into a good book and enjoys fitness classes at the gym. 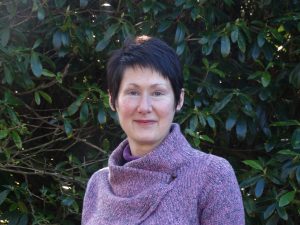 Yvette has been a member of the CCF Team since 2018 and works closely with Andrew and Lynsey assisting in the day-to-day financial responsibilities.  She is also part of a support team providing general administration assistance when needed. Originally from the US, Yvette moved to Cumbria in 2003 and could not imagine living anywhere else.  Working for the Foundation has allowed her to participate in giving back to the community that she calls home. 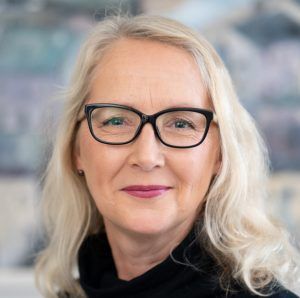 Jacqui has been the Foundation’s Head of Development since September 2020. Born in Cumbria, Jacqui spread her wings in the Foreign Office spending over twenty years working as a diplomat in lots of Embassies around the world – from Rwanda to the Seychelles, Baghdad to Atlanta, Costa Rica to the Falkland Islands to name but a few – before returning to Cumbria with her family. Jacqui heads up our Development team, encouraging companies and individuals to become supporters of the Foundation and she is always happy to meet and talk to anyone who would like to know more about what we do and how they can get involved. She has an MA (Dist) in Creative Writing with a specialism in non-fiction and is over halfway through writing a memoir of life in Baghdad when Saddam Hussein invaded Kuwait. Jacqui is also a magistrate in north Cumbria, she sings in a local rock choir and in her spare time she takes advantage of our beautiful county by walking in the hills – and she has just taken up wild swimming! 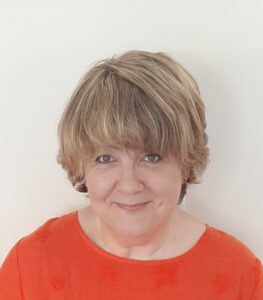 Caroline joined the team in May 2021 after having spent the last 13 years working in business support programmes. As Development Assistant she supports the work of the CEO and Head of Development as well as co-ordinating events and managing membership.

Caroline moved to West Cumbria in 2014 with her partner, his two sons and dog Barney. A relative newcomer to the area , she is still exploring Cumbria, finding new places to visit, enjoying a new found love of walking and the fresh air. 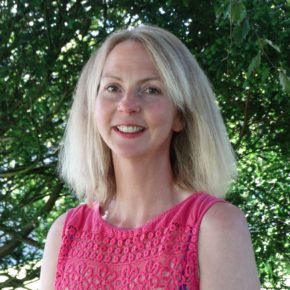 Jenny was appointed Director of Programmes and Partnerships in September 2020 and leads the Foundation’s grant making. Passionate about working in partnership and encouraging collaborative working she draws upon extensive fundraising and fund programme management experience from the private, public and third sectors. She previously led the successful delivery of the Foundation’s £10.3m Cumbria Flood Recovery Fund 2015, which helped over 3,100 households and 200 community groups to recover from the devastating floods. Sharing her experience of disaster grant making, Jenny delivered a series of joint disaster fund workshops nationally with colleagues from the London Emergencies Trust and We Love Manchester Emergency Fund, and helped inform the development of the National Emergencies Trust. Jenny also volunteers for different organisations. She loves spending time with her family & friends, biking and exploring the beautiful Cumbrian fells. 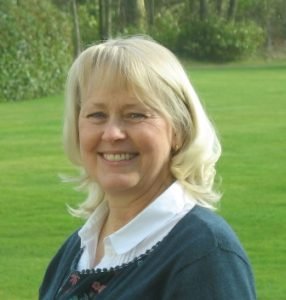 Relocating from London where she worked as an executive administrator at Middle Temple, one of the Inns of Court, Kristine joined Cumbria Community Foundation in September 2014. She has an MA in Education and Human Development and taught English and British History before managing a university Study Abroad Programme. Kristine has lived and worked as a volunteer in Israel and Liberia, has travelled extensively in the UK and Europe as a Tour Director, and is a qualified Blue Badge Tour Guide of Cumbria. As Grants Administrator, Kristine processes the grant applications, manages grants data and the monitoring process,  and organises visits to projects funded by CCF for trustees, committee members, staff, donors and fundholders. Kristine is a keen reader, passionate about the theatre, and happiest when in nature and helping out with the sheep on the farm. 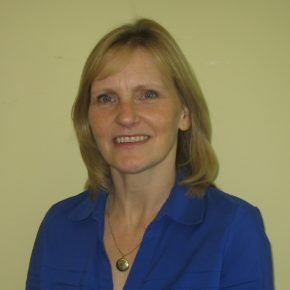 Ellen joined Cumbria Community Foundation in May 2010. She previously worked for the Crown Prosecution Service as a Paralegal based in the Courts in Carlisle, so within her work has seen all different aspects of life within communities. She has also ran her own business while bringing up her two children. Ellen is part of a team of Grants Officers who each have their own funds and as part of her work she supports fund holders, potential donors and advises applicants. She likes to keep abreast of what is happening in the county which is a large part of her work, she also administers and supports a number of grants committees. She likes to walk in the outdoors with her family and her dog Molly, as well as reading, and visiting different countries around the world. In her spare time, she volunteers as a Justice of the Peace and also for a community organisation, this enables her to meet all different kinds of people from different backgrounds, which she enjoys. Ellen has lived in Cumbria all her life, she has tracked her ancestry back to the 1600 and all here descendants were born in Cumberland. 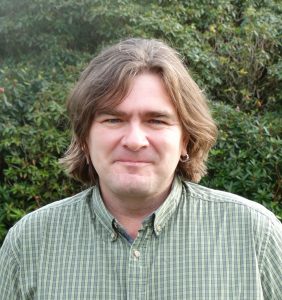 Gary is involved in a number of grant programmes including wind farm and community benefit funds. He is responsible for managing the Cumbria Victims Charitable Trust and the Mary Grave Trust. 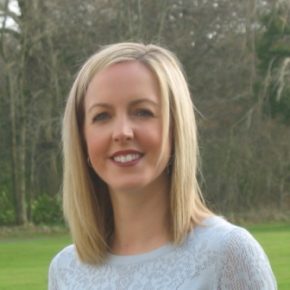 Born in Cumbria, Annalee moved away and returned in 2002. She has been with Cumbria Community Foundation since 2009, having previously worked for a social housing provider. In 2014, she completed the Aspiring Leaders Programme, combining formal academic teaching with experiential learning and personal development and gained a BA (Hons) degree in Social Enterprise Leadership. As part of her role at the Foundation, Annalee supports individuals and businesses with their philanthropic giving, advising on how best to invest their money in the community. She also leads on several strategic programmes and manages the charity’s marketing and PR, overseeing the communications strategy and publications. Committed to the third sector, Annalee is a founding member of a local charity, volunteers for the Henry Smith Charity, and has mentored young adults. In her spare time, she enjoys the gym and getting outdoors with her dog, Joey, and her friends and family. 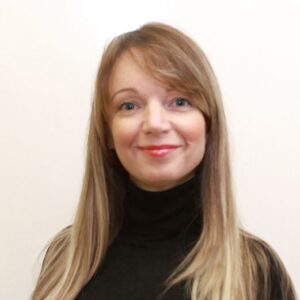 Rebecca joined Cumbria Community Foundation in November 2018. Rebecca has lived and worked in Cumbria for most of her life, working largely in the tourism and education sector. She started her career working in Copeland Borough Council’s tourism section, including Whitehaven Tourist Information Centre and The Beacon and then spent 12 years teaching marketing and tourism at Lakes College. She has a BA (Hons) in Heritage and Tourism Management and is passionate about working with people. She enjoys seeing the difference volunteering can make and has volunteered for groups in Cumbria and abroad including South Africa, Greece and Cyprus. Rebecca works with the team to create content and write grant stories to raise the awareness of the Foundation and keep our supporters and fundholders up to date with our latest news. Rebecca loves photography and turned her hobby into a small business. Rebecca enjoys spending time with her family, three rescue dogs and Pete the Pony!