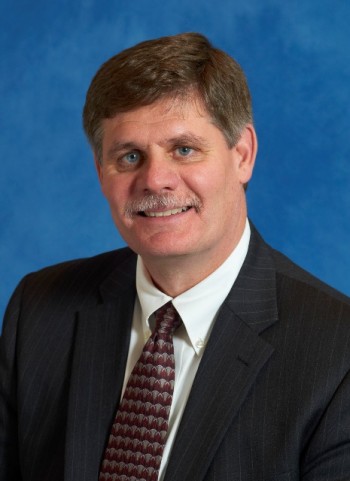 Tom has more than thirty years of experience leading efforts in project management, engineering and operations. His areas of responsibility have covered a spectrum of enterprises including nuclear operations, design authority engineering, environmental remediation, safety basis preparation, and manufacturing. He is presently the Executive Director for Waste & Effluent Disposition at the Sellafield Site and has previously held key senior management appointments at the Savannah River and Hanford Sites in the USA.

Tom likes to play golf and attend golf tournaments. He and his wife Lucy, have developed an interest in Rugby League and are sponsoring a player at the Whitehaven Club.

Providing for those less fortunate is important to Tom and his wife. They have been supporters of an organisation called the United Way in the USA which provides private funding for community organizations that care for those in need. He has participated in assistance trips to areas where there is a need, for example, Tom spent a week on the gulf coast helping rebuild houses damaged by hurricanes. He also spent a week in the inner city of Philadelphia repairing ageing homes that had deteriorated and has participated with an organisation called Habitat for Humanity in South Carolina which builds homes for needy persons in the community where he lived.

Tom lives in St Bees with his wife Lucy who is a USA/UK dual citizen. Their youngest son Mick is also a dual citizen and has chosen to join the British Army where he is a sniper in the Duke of Lancaster Regiment.