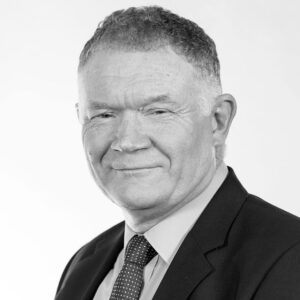 John is an experienced corporate and commercial lawyer and business adviser. He is the former Managing Partner and founder of Baines Wilson LLP, the specialist commercial law firm based in Cumbria and Lancashire.

He set the firm up in 1999 having moved back to Cumbria in 1996. John remains involved with Baines Wilson as a senior consultant.

John is also a non-executive director of Penrith Farmers’ and Kidds plc and was Founder and former Chair of West Cumbria Rivers Trust, an environmental charity. He is also involved in various other charitable and sporting bodies.

John said: “CCF is a superb organisation and I’m proud to say that I, and Baines Wilson, have been involved since its formation. Coincidentally, my own business was founded at the same time meaning both CCF and Baines Wilson celebrate their 20th anniversaries next year. Now having some more time available, I was honoured to accept the opportunity to help the charity as a trustee with its extremely important work and I will do my best to make a significant contribution.”