Project John is based in one of the most deprived wards in Barrow and many of the youngsters that it meets have never had the skills or opportunity to take part in local activities.

More than £22,000 in grants has helped turn the lives around of its most hard to reach young people, by giving them real opportunities to grow self-esteem and self-worth participating in community activities.

Project John, is a supported housing project and drop-in centre for 16-25 year olds. It has been providing accommodation, support and training to young people for housing related issues as well as teaching them independent living and employability skills since 1993.

Its first grant administered by the Foundation was awarded in 2009. The grant was used to fund a confidence building trip to Manchester for a group of young people, some of which had never been out of Barrow. 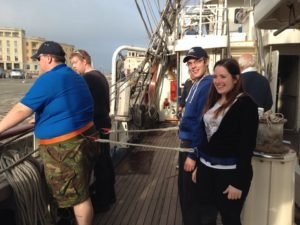 Many of the young people Project John works with are either single or parents with babies. They have no experience of managing their finances even though they live on a very small budget. Another grant funded its ‘Keep you warm’ project, providing young people with the skills to produce home cooked meals, as often young people come to Project John, with no cooking skills and live off unhealthy food.

Nicola Kell, Project Manager, said: “Evidence showed our tenants were unable to sustain having a warm flat during the cold winter months on their limited income. Tenants have a budget of £52 per week and out of this money they must pay for gas, electricity, water, TV licence, clothing and food.

“The grant meant that we could fund cooking courses to provide the tenants with lasting skills in how to eat economically and healthily. A £10 voucher was offered as an incentive to complete the course, which could either be used towards their gas bills or the purchase of a warm, winter coat.”

Many of its young people lack confidence and have low self-esteem and need help with dealing with drug and alcohol abuse. A grant for its Summer Programme helped to get 24 young people off the streets and actively involved in organising and taking in part in a range of their chosen activities to help build life skills and community cohesion. 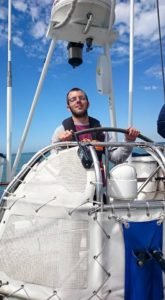 In 2012, 12 young people travelled to Portsmouth by train to join the tall ships for a theory week on board a training boat, and in 2013, 10 young people spent a week sailing around the UK on the Ocean Youth Trust’s 72ft Challenger Yacht.

“These activities greatly increased the young people’s confidence and self-worth. They learnt communication skills and how to work as a team and it gave them an opportunity, they would never have prior to this grant,” said Nicola. 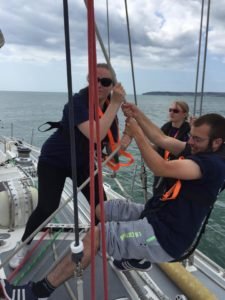 Project John also applies for funding for its individual tenants. Take Ryan for example, he was a young homeless man living in supported accommodation with Project John. He had a bad start in life and has no support from his family. Ryan decided it was time to turn his life around and started attending college but had some setbacks with minor offences. After taking an interest in sailing, he wanted to take part in the Jubilee Sailing Trust’s voyage around Malta. He received a bursary towards the cost of the trip but was unable to meet the total cost.

A grant of £295 meant that Ryan could go on the trip. The grant covered the cost to meet the ship in Malta and covered payment for his passport and an overnight stay in a hotel.

Nicola said: “Through sailing, Ryan has developed leadership skills, communication skills and teamwork, all skills which will enable him to seek employment in Barrow. Ryan is a role model for other young people in our community that face disadvantage and he will be encouraging other young people to try new experiences.”