Based in Workington, Cumbria Youth Alliance (CYA) was set up in 1997 and has received over £300,000 from Cumbria Community Foundation since 2003. Each year, it works with around 2,000 young people around the county, focussing on the most deprived areas, to help them reach their full potential. 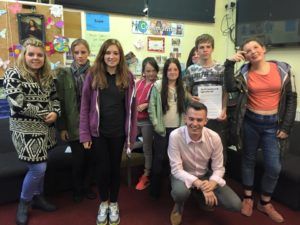 One such project is the Friday Night Project. Originally set up by Inspira, CYA started delivering the project in 2017 when Inspira pulled out. Running in collaboration with other youth organisations in Allerdale, it has had an appreciable impact on anti-social behaviour rates across the borough. Each organisation offers different youth-led activities in venues on a Friday night. Young people aged between 11 and 19 come together to enjoy a wide range of activities such as team games, quiz nights, craft sessions and cookery workshops.

The number of young people at risk of being NEET (not in education, employment, or training) is higher than the national average in West Cumbria.  The ‘First Steps to Employment’ project offers one-to-one support for young people in West Cumbria to address issues and barriers to engagement in education, training and work. Each young person develops their own action plan to identify the ‘steps’ needed to reach their employment goals and identify and achieve their aspirations. 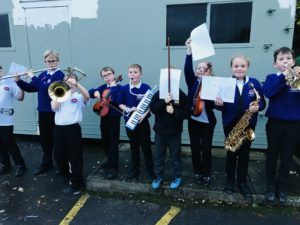 Cath Clarke, Chief Officer of Cumbria Youth Alliance, said: “All young people have potential, but those born into disadvantage face an uphill struggle from the start. Many fail at school and later, are unable to find or keep jobs and end up in a spiral of long term unemployment and benefit dependency.

“Access to positive activities really assists with ensuring young people make a successful transition into adulthood. They become more engaged and we notice marked improvements in their behaviour. Many young people started on the programme as beneficiaries and have now moved into volunteering positions, helping more young people to benefit in the communities.”

CYA has delivered many different projects over the years. One such project, ‘Get Up; Set Up’ was supported by the #iwill Fund, which encourages youth social action, and gave groups of young Cumbrian’s the chance to take an active role in their communities. Some of the projects that have been developed include: painting and decorating a local community centre, visiting elderly residents in a local care home, and developing the community garden at Florence Mine.

The ‘Every Young Voice Counts’ project received funding to engage young people in the democratic processes and structures. It was designed to generate interest in how local decisions are made and how young people can influence these decisions. A series of democracy workshops were delivered to more than 350 Cumbrian youngsters in schools and youth clubs.

Young people face many challenges as they move into adulthood, but for the 2,000 youngsters who benefit each year from CYA’s support, they become better equipped as they go on in life and learn some of the skills needed to improve their life chances and aspirations.