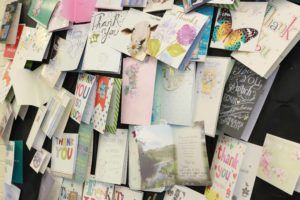 You can see the gratitude by the abundance of thank you cards displayed. Everywhere you look there is another gesture of thanks. ADA helps people during their most vulnerable and desperate times.

For most people it helps, it is a life changing service. But for others, the wait, the uncertainty, and the stress, is too much. ADA knows of people who have been driven to thoughts of suicide. Four men have taken their own lives waiting for their benefits appeals to be heard.

Last year, ADA, based in Moorclose Community Centre in Workington, helped 900 people through its information service. 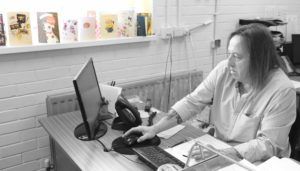 their way through the benefits system. In the past, people were given awards for life under the Disability Living Allowance scheme. Now with Personal Independence Payments, people must apply every two years, even if their disability hasn’t changed.

He said: “People are living on money from family, friends, fresh air or they are getting into debt.

“Three of my clients have committed suicide in three years. I went to an appeal tribunal with the widow of a fourth. I try to help clients with everything from filling in forms to appeals and supporting families during the tribunal hearings in court. Just last week, £80,000 of benefits were claimed back for clients after being turned down.” 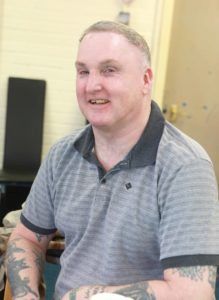 According to a recent BBC report, a third of people do not appeal the DWP’s decision because ‘the process would be too stressful’ while one in five said they were too unwell to challenge it. The same report featured people selling their belongings to survive as waiting times are more than 12 months for a successful appeal.

Despite this grim picture, there is hope. One client, 58 year old Paul, saw his benefits halve under the new system. Thanks to ADA, his benefits were fully restored. He said: “It made a lot of difference; it was really helpful.”

While getting people’s benefits payments are a life-changing aspect of ADA’s work, it is the regular weekly support that changes the quality of life for its members.

Twice a week, the doors of the centre are thrown open and anyone with a 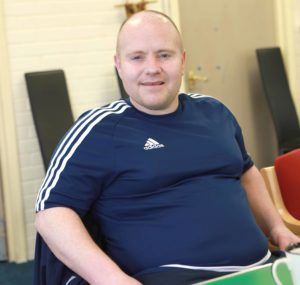 physical disability, their families and carers are welcome to come and spend time together. It’s a place where people can relax, learn new skills and meet new friends, or just as 43 year old John said: “I have only one leg and my dad cares for me and my mum who has rheumatoid arthritis. It is a place to go, there’s good conversation and a friendly atmosphere. It gets me out of the house two days a week and it gives my dad a bit of a break.”

In addition to the normal activities, the charity also organises trips to various places and in 2004, after hearing that the local Talking Newspaper group was to disband, the charity took it over and a team of volunteers have continued to record the weekly disc ever since. 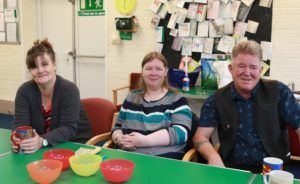 Tracey Parker is the manager of ADA. She co-ordinates all the activities and fills out more than 50 fundraising applications a year to keep the centre going.

Cumbria Community Foundation has given more than £138,000 to ADA since 2002. Tracey said: “It costs £68,000 a years to run the charity. The Foundation is a godsend. Its continued support has kept us open and has helped us unlock funding from other sources.”

Tracey has worked for the charity for 21 years. Its current chairman, Peter Mallyon, has been part of ADA for 25 years. Both are committed to providing a safe and supportive place for people living with disabilities. 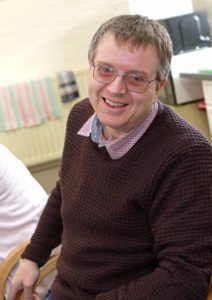 Their kind nature and welcoming spirit is evident in the way the members talk about them. David has been a regular attender for two decades. He has 24 hour care at home and said: “Tracey and Peter are like family to me.” The smile on David’s face says it all, this is a place where he feels safe and enjoys the company of his ‘extended family’.

ADA will continue to help west Cumbrian’s through the appeals process with the help from external funding. However the debt, frustration and stress ensued is causing people’s health to deteriorate and in some cases making their disability worse.