Due to our continuing growth we currently have a vacancy for a part time Grants and Donor Services Officer with a focus on Neighbourhood Care Independence programme. The post is based at our Head Office in Dovenby near Cockermouth.

Reporting to the Chief Operating Officer, the successful applicant will work with our existing grants and donor services team to ensure funds and programmes are delivered to the highest standard.  The successful candidate will ensure that the Neighbourhood Care Independence Programme is meeting its targets and delivering a successful programme as well as overseeing a small number of other grant making funds. You will have excellent communication skills, relevant experience and the enthusiasm to lead on this interesting programme of work.

If you’re looking for an opportunity where you can make a difference, want to work with an established organisation with a varied and interesting work load, then download a Job Description and Application Form.

Nuclear Management Partners (NMP), parent body organisation for Sellafield Ltd, is proud to announce its renewal of a partnership which will see the company fund £500,000 of community projects that support children, young people and families across West Cumbria.

After five years of working with Cumbria Community Foundation, NMP has committed to continuing its support of the organisation which grants funds to help those most in need in our communities.

At a launch event on 22 July 2014, NMP’s new chair Tom Bishop confirmed his ongoing commitment to enriching the lives of people in West Cumbria. He said: “It is right that we continue our commitment to the people who live and work in West Cumbria and the CCF partnership has played an important role in enabling us to target support where it is most needed since we began operating here.

“Successful organisations can play a vital role in the communities in which they operate.  I am absolutely committed as chair of NMP to see us continuing to provide opportunities that can help local people achieve all they can.”

The priorities for NMP and its partnership with CCF centre on supporting those community groups providing invaluable services to children, young people and families across West Cumbria.   NMP will provide up to £500,000 for community based organisations to provide services and activities that benefit people in Allerdale and Copeland.

Willie Slavin, Chair of CCF’s West Cumbria’s Grant Panel said: “The fund couldn’t be more welcome or better timed with the climate of cuts in public spending and increasing social need. The support from NMP will be a key source of assistance to groups who helping to meet the priority needs of their community.  The fund’s priorities are taken from the ‘Communities that Work Plan’, jointly agreed and launched in 2009 by Jamie Reed MP and Sir Tony Cunningham MP.”

The aim of the stakeholder co-production workshop event was to begin development of project proposals to be funded by Cumbria Community Foundation through the new NMP Community Fund.  It was the start of a process to support effective partnership working and maximisation of resources.

During the workshop, we held a session to identify priority need in West Cumbria and any current gaps in funding. The photos below are from this session. 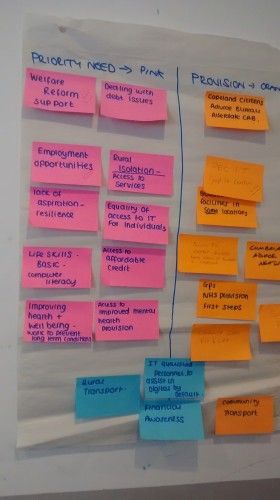 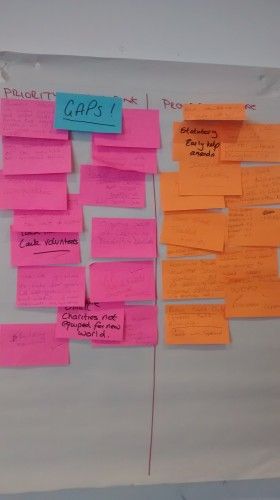 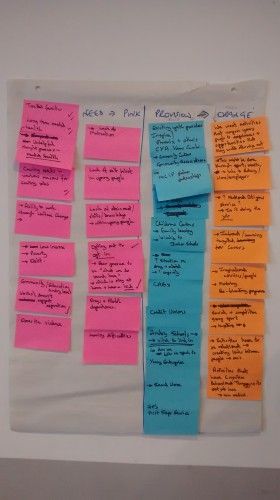 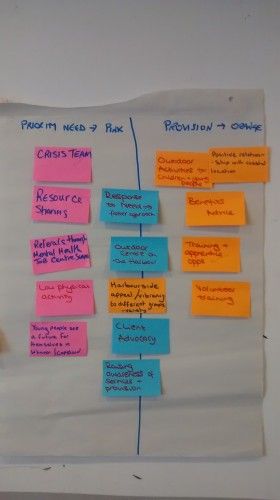 We also welcomed input around measuring outcomes/impact as we are implementing a new outcome monitoring framework. We held a session on how organisations currently measure success. We discussed what tools are used and how these tell us if what we are doing is working.

How we measure success

1. Case studies – show activity/impact & development
2. Use baseline & post project assessment
3. Where am I now – how did this impact
4. Wheels – initial assessment / achievements/attainment/goal setting/show progress
5. Track journeys across workshops
6. Show progress into learning/work
7. Understanding of opportunities & how access them
8. Value in systematic approach to evaluating impact – shared learning via networks such as “Youthwork Copeland”
9. Social Value – Housing  & Communities Trust – Wellbeing Indicators
10. Personal outcomes & progress made against indicators
11. BLF – agreed outcomes & outputs
12. Business Plan – associated monthly reviews
13. Feeding into annual report against plans
14. Stories – evidence of project funding being recycled locally and grow local economy
15. Activity sheet – self assessed status (related to confidence etc) over time
16. Triangulation – assessment by young person/parent/school of progress over time
17. Growth in emotional intelligence – how does my behaviour impact on others?
18. Reflective processes – maximise benefit to beneficiary
19. Statements/comments from external observers not just direct beneficiaries
20. Pre-post recording  – base line / distance travelled
21. Must be relevant to need being met
22. Personalised goals & aims for individual one to ones

Question
1. Is anyone measuring growth in support/social networking beyond immediate peer group e.g. Facebook etc.?
2. Expanded role for young evaluators?
3. Is there a role for looking at data from social media to explore what it might be telling us

A group of teenagers from Aspatria are heading out on an adventure of a lifetime through the World War One Battlefields thanks to Cumbria Community Foundation. 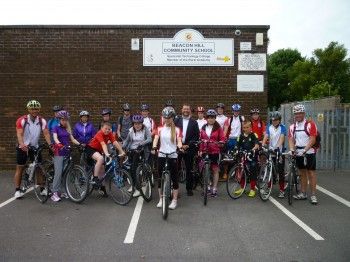 Beacon Hill Community Bike Club is set to take on the ‘Hell of the North’ – a 200 mile cycling journey in northern France and Belgium – during the 100th anniversary year of the start of WW1.

And the dream trip has been made possible with financial support from not one but two grant funds managed by the charity.

The new Aspatria Community Asset Fund gave the group £1,000 for materials to fix and restore the second hand bikes given to the teenagers taking part in the challenge.

And the Mary Grave Trust awarded individual grants to some of the teenagers who otherwise would not have been able to take part.

Eighteen teenagers and a few adults will be led on the WW1 Centenary Battlefield Tour by History Subject Leader Daniel Gee. The route starts in Dunkirk, heads to Ypres, visits the Menin Gate Memorial, before heading via war cemeteries to Arras, Valenciennes and ultimately to Roubaix along the pave trails and finishing with a spin around the open air velodrome. The toughest section of the ride will take in Vimy Ridge, a significant monument memorial site.

Daniel Gee explained the benefits of the trip: “These students have had few opportunities to travel, many have never left the UK. For some, the Coast2Coast ride four years ago was the furthest they had ever been from home. Previous challenges have proven that EVERYONE needs help and support at some stage and that EVERYONE has something to offer to help others. The challenge is about helping people find their real strengths and sharing them with other members of a team. It’s physically demanding, has required commitment and dedication to train for in the form of both regularly organised club training rides and personal commitment and effort.”

Andy Beeforth, Chief Executive of Cumbria Community Foundation, is pleased to be supporting ‘The Hell of the North’ – a phrase coined by journalists who visited the Western Front in the aftermath of WW1 and also the common name for one of the toughest races in the cycling calendar which follows their route, the Paris-Roubaix.

He said: “As 2014 is the centenary year for the start of WWI, this challenge is of both sporting and historic significance. I’m sure the teenagers will gain a great deal by visiting some of the Western Front’s most famous battlefields and the graveyards which will bring the scale of the war into sharp focus. I firmly believe that giving young people in this county the opportunity to take on a physically demanding challenge abroad will teach them a great deal about themselves and their strengths as well as the rich history in northern France and Belgium.”