Last time I promised to update you on my experience of changing a tyre and cycling through a ford. It might not be immediately clear why these two experiences are connected, but in this case, it is my failure that links the two.

I’ve already said just how much I have loved cycling since I got back into it. Not only do I get out as often as I can, I also spend far too many hours fixating over lycra and bits of metal that do something or other to help improve the performance of something or other.

However, despite this, I am still a novice, and two recent experiences only serve to emphasise this. 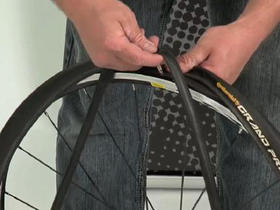 The first came, a couple of weeks ago, when I decided to change the inner tube on the bike I have borrowed from a friend.

I won’t bore you with all the details of just how epic this failure was, but suffice to say, my hands were black, the air was blue, and an hour after starting the ten minute job, I was almost finished.

I would say I felt a sense of satisfaction at this point, but to be honest, I had no idea whether any one of the processes I’d just undertaken was completely wrong and liable for catastrophic failure. 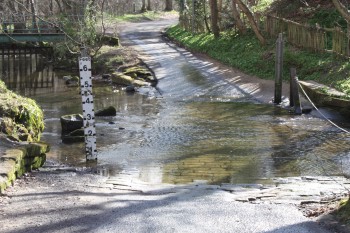 My second failure was all the more amusing – for everyone other than me. I decided to take a shortcut on my route to meet a friend. It was only when I set off that I realised this shortcut included crossing a river via a ford.

I didn’t know much about how to do this – again, my technical knowledge is somewhat lacking – but I had a plan. That plan was to get off the bike and walk over the footbridge.

However, when I reached the ford and saw a ‘gang of lads’ congregating, my bravado overtook, and I decided I’d simply continue through the ford.

I decided the best option was to go slowly but to try and keep on moving. This seemed to work until about halfway through the river, when I looked down and saw the moss-covered route I was taking.

I was probably about two seconds later when I crashed into the river, from a speed of 5MPH, to the sound of laughter from the lads. Thankfully they weren’t recording for You’ve Been Framed. It wouldn’t have been a pretty sight – I look different in lycra to the people in my magazines!

It was only when I got home that I realised my current cycling magazine has a feature of riding through fords (Though, to be honest, I am not sure it would have made the slightest bit of difference if I’d read it first).

These two experiences have made me realise that I should probably get to grips with the technical side of cycling. If only because I don’t want to take an hour’s enforced break, at any point on the Rivers Ride.

Thankfully, there are no fords on the route.