In West Cumbria, there are currently around 1,700 young carers. Take Cara for example, she is 14 years old and devotedly cares for her mother who has a physical disability and uses a wheelchair. Without Cara’s devotion and motivation, there would be no one to do practical jobs around the home including washing, cleaning and food shopping.

Being a young carer can leave you feeling isolated and excluded. West Cumbria Carers supports young carers like Cara. It offers one to one support for those who are particularly in crisis or at high risk and those whose education has been impacted by their caring role. A big part of its role is providing respite for the young carers. Cara loves the trips and activities, particularly the summer sports activities and dry slope skiing.

West Cumbria Carers operates across Allerdale and Copeland and provides support to 1,900 adult carers and 300 young carers, some as young as five. Since 2006, the charity has received more than £256,000 to support carers in West Cumbria. 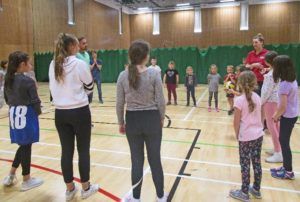 Grants have supported outreach work, one to one sessions, summer respite activities and targeted small group activities, which included a group of young carers who have siblings with an illness or disability.

The one to one sessions really helped Cara when she was feeling stressed. She could talk to a support worker and they worked together to help her develop strategies to improve her emotional resilience and help her deal with stress.

Another young person who has benefited from one to one support is 11 year old Jessica. She is a young carer for her mother who has a mental health condition. Jessica doesn’t know if her mum will be at home or not when she returns from school. Her mum tries to shield her as much as possible but she knows that Jessica still worries about her. Jessica also worries about her own mental health and whether she will develop the same illness as her mum.

When Jessica first joined the young carer’s project, she was very shy and didn’t like to mix with the other children. Two years later, she is a regular at the groups and trips and has made lots of new friends. Jessica said: “It’s nice to be able to talk to other children who understand what it’s like to be a young carer.” 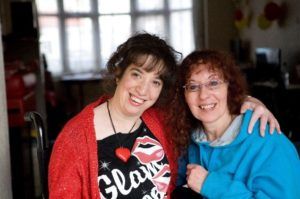 There are around 17,000 carers in West Cumbria with over 3,000 providing more than 50 hours a week of care. While people who are cared for qualify for a variety of benefits, carers themselves usually are only able to claim carers’ allowance, which means they are usually on a low income. Many carers also have their own health problems due to the physical demands of the care they undertake.

Support to adult carers includes driving carers to health appointments, providing volunteers to sit with people so carers can go out, and helping them access information, advice and services. The charity also provides training to local businesses to help them manage working carers in their workforce.

Andrea Carlton, a senior support worker, said: “Social isolation both for the carer and the cared for person is huge. We try to get people to come to us before their situation reaches crisis point. There’s a lot of people aged between 45-65 who are at the peak of their careers that are also in a caring role.”

Angela Longrigg, volunteer and projects coordinator, added: “We also have many ‘sandwich carers’ who have young children and are also caring for a parent. They have no time for themselves and tend to put their own health at the bottom of the list.” 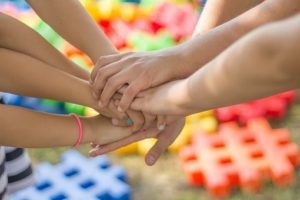 Grants from Cumbria Community Foundation have supported several projects including supporting carers over the winter months and establishing Lasting Power of Attorney’s for clients. Grants have also enabled staff at the Carers Clinic, based at West Cumberland Hospital in Whitehaven, to continue to provide emotional and practical support to carers of those who have been admitted to hospital.