Dreams do come true! Amy Clark, 19 from Cockermouth will tell you this. Two grants totalling £4,000 from the Beverley Trust and the Live the Dream Fund supported a once-in-a-life time opportunity.

Amy has always had a passion for performing arts and becoming an actor. In 2018, she was accepted on to Project A, a one-year actor training programme delivered at the Newcastle Theatre Royal. 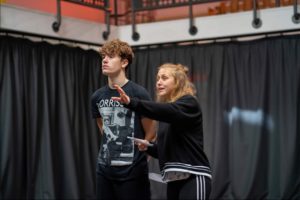 Project A offers practical and theoretical training to aspiring actors aged 18-24 and is all about finding the next generation of talent. The programme, which runs three terms in an academic year, covers vocal, physical and performance skills, as well as specialist training including improvisation, acting for screen, stage combat and the Meisner acting technique.

The grant was used to cover the subsidised cost of the course at £1,500, plus accommodation and course materials, such as new plays and theory books.

Amy spent 11 months studying at Newcastle Theatre Royal, learning from industry professionals, which culminated in a full-scale piece of theatre, a production of Brecht’s classic play – Fear and Misery (of the Third Reich). Amy’s passion for acting shows through her volunteering at Workington Theatre Royal where she assists younger members of the group. She is very keen to pass on her learning to the youth theatre group she leads during the holidays. 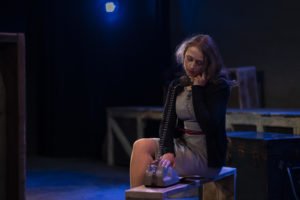 Training at Project A has already had a positive impact on Amy’s life. “I’m currently still living in Newcastle, as I have built up a strong network of people to support me in my chosen career. Since graduating the course, I have had several professional auditions and have secured two professional jobs as an actor.”

During Project A, Amy was able to work with some of the very best professionals in the business. She worked with a range of professionals including a Shakespeare and vocal specialist, expert practitioners and filmmakers, even spending time on film sets.

“I also learnt many new skills on the course that I could implement in a different way – such as facilitating drama for young people.  I have worked as a freelance support facilitator at the Theatre Royal, helping to teach children drama. I worked consistently at the theatre’s summer school and now also facilitate weekly workshops for 8-11 year olds,” Amy said.

Amy concluded: “The experience has been invaluable to me as a person, and while it was quite tough at times because the course was so intense, in terms of my own mental health, I am the happiest I have been in years.”