Carlisle Key, based on Fisher Street, works with young people who are homeless or at risk of homelessness.

In 2016, the charity received a three-year grant totalling £26,686 from the Cumbria Young People’s Fund to continue to help and alleviate the hardship and distress caused by homelessness, housing, financial and other related difficulties. 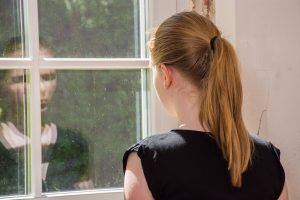 The charity empowers young people by giving them the knowledge, support, and confidence they need so that they can live independently and take an active role in the local community. Last year, 283 young people received support.

The funding contributed to one-to-one counselling, providing more than 350 hours of counselling to over 40 young people. It also helped support the wages of a part-time administrator. This gave the project worker more free time to complete one-to-one outreach work with young people. This service was so successful, another part-time to support worker was employed to assist a further 58 young people out in the community.

Jodie, a former Richard Rose Academy pupil, became homeless when she was 16 and was housed in supported accommodation. She said: “It was really hard for me at first. It was horrible in fact. My mum was going through a tough time and I had to leave.

“I slept at a friend’s house for months and months and rang hostels around Carlisle but there were no spaces. I eventually got a room in the city centre which is where I am now.”

Since she became homeless, Jodie has kept herself in education, is completing courses with Nacro and is in part-time employment. “Without Carlisle Key’s support I don’t know where I would have ended up,” she continues.

“I’ve just completed my level 2 in reading and writing and I’m going on to do my maths. Because of the trouble I had I didn’t go to school a lot, so I am doing my qualifications now. I’ve proved a lot of people wrong. They said I wouldn’t last doing what I did but look at me now. I’ve got through it and I’m determined to continue.”

Claire Brockie, Chief Executive of Carlisle Key, said: “It is wonderful to see a young person so determined to make positive life choices and to help others along the way.  We are privileged to be able to work with so many great young people and we are proud of all their achievements.”

Carlisle Key has just recently purchased a building on Compton Street to provide bedsits for 16 to 25-year-olds, complimenting the rest of the charity’s services, which along with housing advice, include: money management, welfare benefits advice, counselling, employability advice and guidance, referrals to other agencies and practical support, such as access to washing machines.