Marcia moved to Cumbria in 1997 after meeting Jim Fotheringham; they married in 1999. 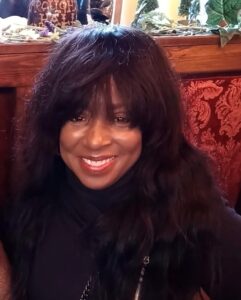 Throughout her working life in both the US and Cumbria, Marcia has worked as a clinical psychologist and family therapist, a clinical supervisor, a mental health director, a senior administrator, and a facilitator. She has been responsible for providing therapeutic/clinical services, administrative management, focus groups, the distribution of state funds for residential mental health facilities and she became a quality management expert.  Marcia also had a successful clinical private practice while in the US and she worked for the NHS (CAMHS and Psychology) for 10 years in Cumbria.

Until 2015, Marcia and her husband were owners/directors of two dental practices; they sold one of the practices in 2015.  For the dental practice(s), Marcia manages all administrative aspects including customer services, CQC, human resources and quality management.

Since 2001, Marcia has been a Magistrate (JP), sitting in the Adult Court (crime) and on the Family Court Panel. She was an appraiser and on the Training  & Development Committee Member. In addition, 2014 – 2017, Marcia was Carlisle Bench Deputy Chair; and 2017 – 2019, she was Bench Chair of North & West Cumbria Bench. During this time, Marcia was also the North West Regional Representative to the National Bench Chair Forum and National Representative to the Probation Sentencing Board.

Throughout her working life, Marcia has received many employee awards and recognitions; and she has raised money for numerous charities. Marcia has also been a successful public speaker, on a variety of subjects, for many years.

Marcia has been a Trustee on a number of Boards in the past. She is currently a Trustee on  4 charity boards and is looking forward to assuming the role as Patron for the British Energy Coast Business Cluster (BECBC) in September 2020.