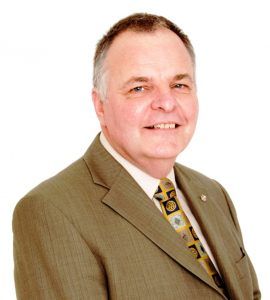 An active Rotarian for over 25 years, Kevin was District Governor for Cumbria & Lancashire in 2013/14.  He is also a trustee of Age UK Carlisle and Eden, Chairman of the Carlisle Dementia Action Alliance and a member of the Foundation’s grants panel.