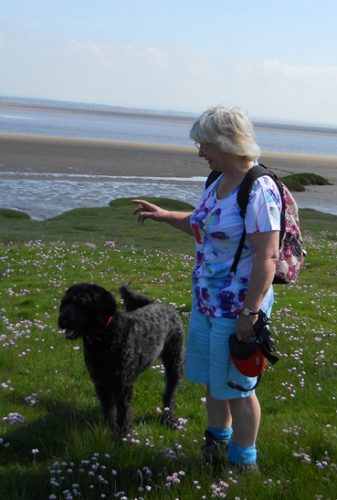 Jane trained as a Home Economics teacher and taught in Lancashire and Cumbria.
She visited many parts of the county while doing Rural Home Economy for Newton Rigg.

She also managed an Age Concern organisation, became a magistrate on the Eden Bench and managed the Guardian ad Litem Panel for Cumbria.

Jane then became a School Places Officer for Cumbria defending schools which were full. She set up and managed Cumbria Children’s Fund which invested over £7m in preventative services for 5-13 year olds in Cumbria.

Cumbria Community Foundation initially handled the finances for the Children’s Fund and CEO Andy was on the committee. Jane was asked to become involved and agreed because Cumbria Community Foundation was helping so many of the people who face challenges that she met during her career. She says: “I have great respect for the voluntary sector and it is good to feel I am a small cog in the CCF wheel.”

Jane has friends who raise funds for Alzheimer’s and the NSPCC and she helps them both with fundraising events. She fundraises for the Wetheral Art Exhibition which supports the parish church and helps with the young people’s holiday clubs in the parish.