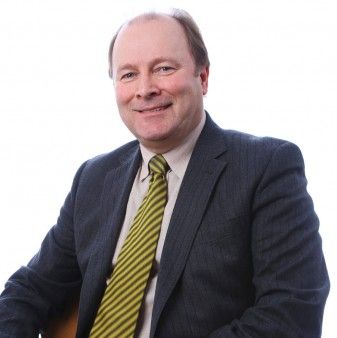 Born near Wigton, Ian was educated at Carlisle Grammar School. He qualified as a Chartered Accountant in 1980 and, with two colleagues, founded Dodd and Co Chartered Accountants in 1982. Dodd and Co has 130 staff, many with specialist qualifications, operating from two offices in Cumbria, and exporting financial services throughout the UK.

Ian is married to Jeanette, also a Chartered Accountant. Outside of work, Ian enjoys hill walking, watching rugby and other sports, and travel.

For 25 years he has chaired Silloth Nursing Home, a registered charity which employs 60 staff and has 40 residents. Since 2011 he has been a governor at Askham Bryan College in York, which runs Newton Rigg College at Penrith.

Ian was part of the original steering group that set up Cumbria Community Foundation, and is proud of its many achievements and awards during its existence, and the fact that CCF has made a measurable difference to so many people’s lives. In 2011 Ian was appointed as a Deputy Lieutenant of Cumbria.