Carers from South Lakeland are being offered relaxation therapies as a focused way to take a break from their caring role. 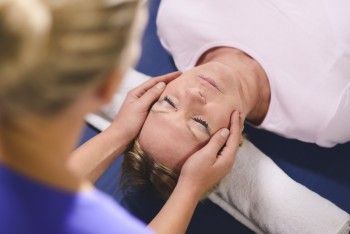 Therapists provide treatments that include aromatherapy massages, hot stone massages and reflexology. Treatments are offered in Grange-Over-Sands, Kendal and Windermere to carers who have been identified as needing help with relaxation.

These carers are people of any age who look after a relative or friend because they are unable to manage at home without help on an unpaid basis. There are approximately 12,000 unpaid carers living in the South Lakeland area.

Many carers experience problems with their physical and mental health. They are often socially isolated and their finances suffer as they may have to reduce their working hours or give up work altogether to carry out their caring role. A recent survey carried out by the South Lakeland Carers Association revealed that 74 percent of carers suffer from stress and 64 percent find it difficult to take a break when they want to.

The relaxation therapies allow carers to take a break by having a full hour exclusively spent on them. They give carers something to look forward to and help reduce their stress levels.

Benita Finch, Operations Manager for South Lakeland Carers Association, said: “The grant has made a huge difference to the lives of carers in South Lakeland as it has enabled them to cope better with their caring role.”

“One 78 year old carer who looks after her husband with Alzheimer’s disease, described the treatments as ‘her lifeline’. She recently came in for her therapy very tearful after a difficult night with her husband. She said the only thing that kept her going was the knowledge that she had her treatment the next day.”

Benita continued: “Many carers struggle with their own wellbeing because they always put the needs of the cared-for in front of their own. The chance to relax, if only for one hour, means that the carer can re-charge their batteries and face the challenges of being a carer in a better frame of mind.”