Christmas can be a particularly difficult time of year for people suffering from an addiction. During the run-up, alcohol consumption spirals (during December, it increases by 41% in the UK).

CADAS was able to increase its offer of support to people struggling from problematic drug and alcohol use by recruiting two trained volunteers into paid employment, delivering an additional 7.5 hours of support each week.

Cumbria Alcohol and Drug Advisory Service (CADAS) aims to address and reduce the negative impact of problematic drug and alcohol use on individuals, their families and communities.

Leigh Williams, Chief Executive Officer, said: “Our waiting lists always increase after Christmas and winter can be a trigger for many people’s mental health decline. This year was no exception.

“33 people were supported through 186 one-to-one recovery sessions. All clients received a care assessment and planning session with goals agreed prior to their one to one support commencing. 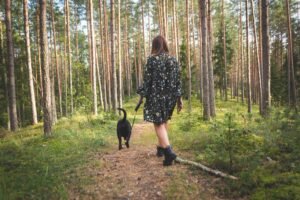 “One client suffered from problematic alcohol use and societal anxiety to the extent that she had difficulty leaving the house. The recovery coach got her to go walking with her dog. A family event occurred, which she admitted in the past would have turned her to drink. She explained how she had used the strategies she and her recovery coach had talked about to stop going down that route and had even been able to advise her daughter using the same strategies to also help her through that difficult time,” said Leigh.