Two new boats joined the team at Lakeland Rowing Club thanks to £10,000 from the United Utilities Legacy Fund. 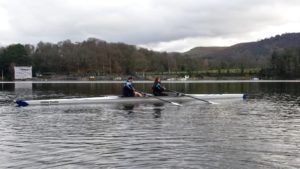 Four years ago, the British Rowing affiliated sports club had just 12 members and two boats, now it boasts almost 100 members, 19 boats and teaches both adults and juniors from the local area to learn to row. 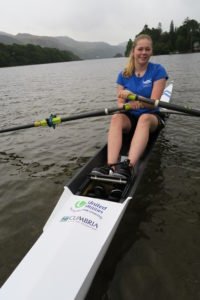 Established in 2007, it was previously based at Bassenthwaite and Windermere. In 2018, it moved to its new site at Isthmus Bay on Derwentwater in Keswick. It now has satellite club links to both Keswick and Cockermouth School and has taught over 100 students, many progressing on to become full members of Lakeland RC who regularly compete at British Rowing events.

This grant enabled the club to purchase two new boats, a single scull and a double scull, which allows many of its members to progress their rowing development and to compete in regional and national events.

David Thomas, Coach and Development Officer, said: “As a result of this grant, Lakeland Rowing Club has been able to teach many more local people to learn to row and develop their rowing skills in these two more advance boats.”

Since the club took delivery of the two new boats named “John Knox” after its founder member and club president, and “DUUble TrUUble” they have proven to be very popular additions to the fleet. 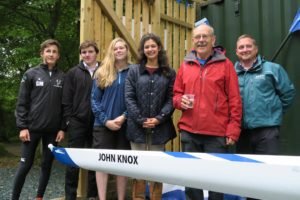 David said: “The new boats have allowed the club’s expanding membership to not only spend more time on the water but also to develop their rowing capabilities. The club has also used the new boats for more advanced scullers (juniors and seniors) to learn to race or improve their racing skills and experience. The two boats will be used for many years to come.” 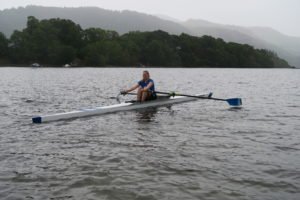 Recent learn to row students, Karen Blackley, said “Joining LRC has given me the opportunity at 50+ to learn a new skill. While I have found it very challenging at times, the sense of satisfaction when it goes well is really rewarding. This could not have been achieved without the dedication and support of others at the club who have given up their time to help me. My daughter also rows and my aim is for us to both row together in a double. There are few sports where you can partake together as a family. Therefore, what can be better than living in the Lakes and getting to enjoy the landscape from a unique viewpoint!”

Watch the full story told by the club members here: