Young people across West Cumbria are leading the way when it comes to peer mental health support.

‘With the future in Mind’ project, delivered by Cumbria Youth Alliance (CYA), received £7,500 from the United Utilities Legacy Fund to employ a peer educator and help tackle the issues of poor emotional resilience among young people.

The project has established a network of trained mental health first aiders. 93 people have been trained in schools, made up of a mixture of school support staff, parents governors and sixth form students. This network can now support young people by listening to issues and providing support and advice, with network now being able to refer young people on to get additional support. 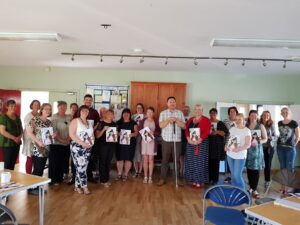 500 young people have been trained to deal with issues that young people have identified as being important to them, including bullying, sleeping well, dealing with conflict and improving personal resilience. With a network of sixth formers being left in situ across several settings to sustain delivery in schools.

Young people helped develop a work booklet to give a formal structure to the peer lead programme with topic areas around body image, self-confidence, mindfulness, exam stress and resilience. 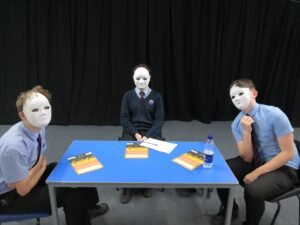 Jean- Ann, Learning Mentor at Keswick School, said: “The emotional resilience course was well received. Many pupils commented they had enjoyed learning more about themselves. I have worked with a number of the pupils that attended and they all commented on different elements of the course that impacted on them the most, for example a pupil that was struggling with their sleep has been using the 1.5hour sleep cycle to plan their sleep better and has noticed an improvement. Pupils are more positive about working on their mindset and using mindfulness activities to help them relax. A large number of pupils volunteered to become peer mentors because the course gave them the confidence to be able to listen and the knowledge to be able to assist younger pupils struggling with their emotional resilience.

Sophie Birkett, Finance, Contracts & Compliance Officer at CYA, said: The project has been very successful to date in supporting over 1,200 young people to improve their emotional resilience and physical and mental wellbeing as well as leaving behind a legacy of trained peers.