A young swimming champion from Maryport was able to attend a training camp in Australia after receiving a grant of £1,500 from the Cumbria Young People’s Fund and £500 from the Edmond Castle Educational Trust.

17 year old Edward Baxter, who has already broken a British record, used the funds from the grant to help pay for his accommodation and flights to Australia. He also taught swimming classes part time to help fund the trip.

Edward spent six weeks in Australia training alongside Adam Peaty, a triple world champion swimmer and a Rio Olympic gold medal champion in the Men’s 100m breaststroke. Edward said: “I couldn’t have asked for a better training partner than Adam Peaty.” The pair got on so well that Adam has agreed to be Edward’s training partner for the next four years, and Edward has recently moved to be closer to Adam’s training pool in Loughborough. 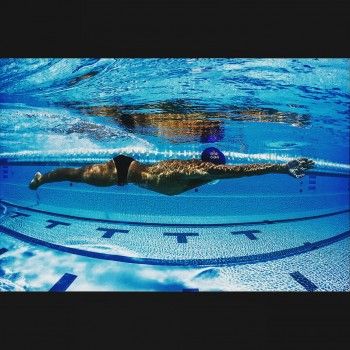 Edward has just returned from Hungary where he represented Team GB at the European Junior Championships. He swam fantastic personal bests in all three of his events, finishing with the third fastest time for his age in Europe this year.

The funding Edward received for his trip to Australia will no doubt help him on his way to winning more championships in the future. Speaking of the grant, Edward said: “Without your support, this trip would not have been possible and I would not be in such a strong competitive state as I am currently in.”