The Foundation manages several funds that can help improve the lives of disadvantaged individuals all over the county, enabling them to reach their aspirations.

The Cumbria Cultural Fund was established in 2005 by the late Mary Burkett OBE to provide funding for activities, which promote excellence in the artistic and intellectual life of the county. 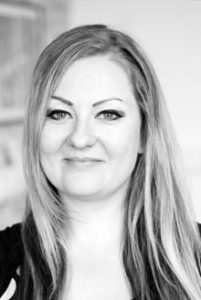 Kerry Kolbe, 40 grew up in a poor working-class family in Ulverston. Having started working part time when she was 13, she was the first person in her family to go to university.

Living in a rurally isolated part of the county, there were no role models for Kerry to look up to and she struggled with her confidence in finding her own way into film making.

In 2004 she set up Signal Film and Media in Barrow, a charity providing opportunities for local young people from deprived backgrounds to learn the skills for creative film and digital media. Kerry raised over £2 million to transform the derelict Victorian ‘Cooke’s’ building on Abbey Road into a creative media centre, which opened in December 2011.

Signal Film and Media offers activities for people who would otherwise be excluded from the creative and digital sector; including a BFI Youth Film Academy and two other weekly film making groups for youngsters in the town.

Kerry wanted to develop her own skills and expertise and enrolled in a full-time, two-year MA Screenwriting course at the National Film and Television School near London. Taught by working writers, producers and commissioners, the course prepares writers for work in film and television and addresses the main aspects of the profession of writing.

Channel 4 offered Kerry a scholarship which paid for the course fees and she received £2,000 from the Cumbria Cultural Fund to help towards living costs.

Kerry said: “Growing up in Ulverston, I never considered being a writer as a viable career option, it wasn’t something my teachers knew about or that by myself I’d ever have had the confidence or knowledge to pursue. Studying in a world-class institution with access to the film and TV industry’s top people is a fantastic opportunity which I feel glad of every day.

“I feel passionately about sharing my skills and learning with people who lack clear routes to working in the creative sector and I will continue to mentor and support young people, particularly young women who lack the confidence to pursue film and are still dramatically under-represented in the field.”