A business centre in Cleator Moor is addressing Copeland’s digitally excluded by providing supported access to computers and the internet for the unemployed.

Phoenix Enterprise Centre (PEC) received a total of £77,500 from the NMP Community Fund to continue its ‘Access Copeland’ project. The initiative provides free computer drop in sessions for anyone seeking work. It aims to combat two of the issues some unemployed people face; not having access to a computer or the internet and not having the confidence to operate a computer.

The funding has contributed to the running costs of four IT drop-in centres located in Whitehaven, Cleator Moor, Egremont and the Millom Network Centre. 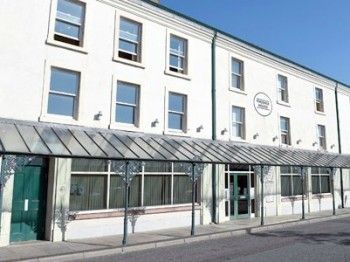 Each drop-in centre is managed by fully qualified Advice and Guidance staff. They are on hand to assist with setting up an email account, registering with Universal Jobmatch, downloading application forms and creating a professional CV.

Iain Irving, NMP General Manager said: “NMP is delighted to support the Phoenix Enterprise Centre to continue its fantastic work in helping local people find jobs. The services it provides are successfully supporting people back to work. We are proud to sponsor initiatives like this which operate in the heart of our communities, providing opportunities for everyone living in West Cumbria.”

So far, the project has helped 442 unemployed residents, with 82 moving into full-time employment.

One person who benefited from the service is Kelvin. He had been a full-time carer for his mother for 10 years, but when she was admitted into a nursing home, Kelvin lost his Carers Allowance.

Unsure how to deal with this change and how he would receive an income, Kelvin sought help from Millom Network Centre (MNC). After being socially isolated for so long, Kelvin suffered anxiety and struggled in a group setting.

Since first visiting, Kelvin is now more confident and his motivation has increased. He has now made a new group of friends at the centre and offers support and encouragement to new members of the project.

Joanne Crowe, Operations Manager at PEC said: “When unemployed people become long-term unemployed people, loss of motivation and aspiration follows. These feelings often pass to the next generation and the cycle of deprivation continues.

“Local residents can gain equality of access to computers and the internet at our centres. Here they can compete equally for jobs and training where they may not be able to do elsewhere.”