A childhood passion for the Fell Pony breed led to an inspiring exhibition to raise awareness about the heritage of the Fell Pony.

The Fell Pony Heritage Centre received £2,000 from the Dulverton Trust towards the exhibition, which brought together hill farmers and breeders of fell ponies, and artists and photographers who are inspired by the Fell Pony and its contribution to Cumbria’s cultural landscape. 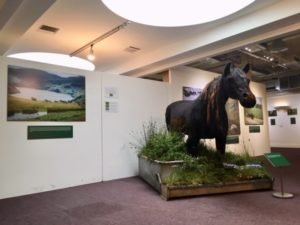 More than 9,500 people visited the exhibition in August, which took centre stage at the Rheged Discovery Centre in Penrith. The exhibition, which featured more than 30 photographs, historical artefacts, literature and a film, explored the Fell Pony’s way of life on the upland fell as semi-wild ponies living in herds all year round. Visitors learnt how the ponies have been bred on the fells for centuries by farmers with common grazing rights, and it is those very fells that keep the pony’s traditional hardiness and sure footedness, which is essential to their use as a working pony.

Visitors came from all over Cumbria and further afield, including South Africa and Australia and volunteers from local farming families explained the management of the ponies on their land, which is part of the Cumbrian heritage. 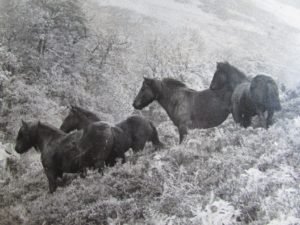 Libby Robinson, exhibition curator and former agricultural lecturer, said: “It has been a dream of mine to put something back to help the Fell Pony as a breed which has given me so much joy and I wish to help celebrate and protect the breed in their native surroundings for future generations. The aim of the exhibition was to raise awareness of the Fell Pony, celebrate the life and work of the ponies and the farming community and highlight the importance of maintaining the pony’s presence.

“These semi-wild herds are the lifeblood of the Fell breed, living and breeding on the upland fells just like the Herdwick sheep and other native domestic breeds. They are the ‘true management’ of the land by the way they graze for the traditional hill farmers over the last two thousand years.” 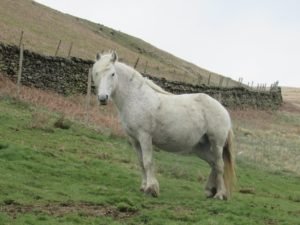 Due to the success of the exhibition, Libby has since started a monthly workshop with students studying Animal Behaviour at Newton Rigg College. Once a month, the students spend an afternoon with a herd of semi-wild ponies to help them understand their life on the fell and their natural behaviour.

This is an ongoing project for Libby whose future aim is to establish a Fell Pony Heritage Centre in Cumbria to raise awareness and protect the semi-wild Fell Pony.