Imagine not being able to work, play sport or socialise. There are many people in our community who feel excluded from enjoying these things which most of us take for granted.

More than 7,000 adults in Cumbria have a learning disability. Many feel isolated and wouldn’t take part in activities outside their comfort zone. However, due to the support of Carlisle Mencap, its 400 service users across the county are looking at a more confident future and a sense of improved well-being. 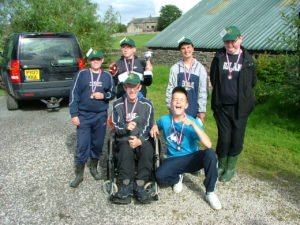 Tim has come on leaps and bounds since he started attending Carlisle Mencap, so much so that he also helps the team leaders on day trips and at activities. Tim was a very shy youngster when he first started attending Carlisle Mencap. Now in his teens, he has gradually improved his sense of well-being and his confidence. He has become a lot more independent by taking part in projects run by the charities award-winning studio facility, based at its Grace Little Centre for children. The studio produces animation and films, arts and crafts projects, including work for exhibitions. A great example of how Tim has grown in confidence is that he was happy to be interviewed by the local media when a film made at the studio won the National Crimebeat Award. Tim has also taken on some part-time work outside Carlisle Mencap and has developed into a mature, happy, confident individual and his team leaders and support workers can’t speak highly enough of him. 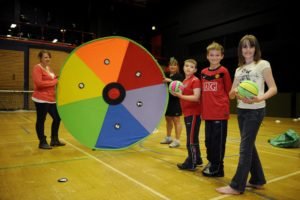 Carlisle Mencap has received more than £75,000 from Cumbria Community Foundation since 2002. The first grant received was to run pilot activity sessions for young people, aged 13 and above. From then on, grants have supported the employment of care workers, a weekend youth club, toys and equipment, a bi-weekly club for 8 – 18 year olds with learning and/or physical disabilities in the Wigton and North West Allerdale area, and the Activate Sports Development programme, which helps people with learning difficulties join in with mainstream exercise.

Carlisle Mencap was established more than 50 years ago, by a group of parents who wanted to provide a number of quality services for young people with learning disabilities and their families to make life easier. 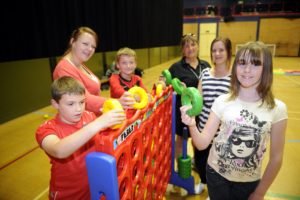 It provides a wide range of services including children’s activities, adult and children’s community services, including outreach support and supported living, a rights and advice service, and a Cumbria autism family support project. Respite is available to children and young people 24 hours day 365 days a year at the Grace Little Centre and for adults at California House. The charity also runs Doves Café on Chapel Street and a shop on Botchergate, both of which are run by clients and supported by a small team of volunteers.

Its Activate Sports Development programme is designed specifically for people with learning and physical disabilities. It uses sport to develop physical and social skills, promote self-esteem, improve physical well-being and general health, and empower people with a learning disability to be more confident and happier.

One young man who is autistic was initially extremely anxious, unsettled and reluctant to join in. With encouragement, guidance and a routine, he became an integral part of the group, enthusiastic and noticeably fitter. Over 40 members have benefited from the project, increasing their social circle and now feel included in mainstream activities outside of their comfort zone.

The project has given people the chance to get fit and exercise in a supported environment. It started with playing football, then a snooker night and then gym sessions with specially adapted equipment to provide inclusive Crossfit sessions.

Dan Campbell, Sports Development Officer, said: “Our guys come from a learning disability world that is small and without access to exercise. We’re taking them into the wider community and encouraging them to exercise like everyone else.”

31 year old Carl is enjoying his new found fitness: “I go with people who have disabilities and make new friends. I have lots of friends now. It’s really nice. I feel more confident in myself than before. I’m getting really good at things, when I started I could only do five press ups and now I can do 20. I struggled to do sit ups at first and now I can do 15. We do circuits, six stations, six circuits with 45 seconds on each.” 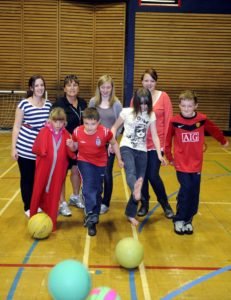 Earlier this year, the charity celebrated its 50th birthday and Chief Executive, Sheila Gregory, is proud of what has been achieved over the years. She said: “Over 50 years we have grown into a large charity with over 150 staff and 400 services users across Cumbria. Although many things have changed for the better, there are still terrible injustices to fight against. We are still campaigning. The inequalities are still there, but hopefully the inequality will get better – one being the dreadful statistics on the early deaths of many people with learning disability.”