Communities along the coast of Allerdale have shared more than half a million pound thanks to an energy firm’s investment over the last ten years.

The Robin Rigg West Cumbria Fund was set up when the Robin Rigg offshore wind farm was built by energy company, E.ON, just off the coast of Workington. Managed by Cumbria Community Foundation since 2009, the fund has provided grants of up to £15,000 to community projects along the Allerdale coast that promote sustainable use of energy and resources, reduce climate change, and support nature conservation.

Cumbria Biodiversity Data Centre (CBDC) received £10,000 to recruit local volunteers to map, identify and record the habitats and species along the Solway plain.

Deborah Muscat, Manager at CBDC, said: “Much is known about the birds and Natterjack toads in the area but there is less information about the whereabouts of other plants and animals. Thanks to the funding, the Solway Nature Network was set up in 2018 to discover more about the natural history of the Solway. 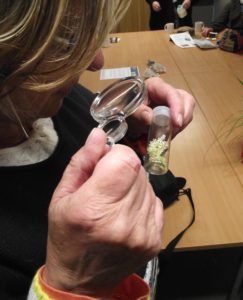 “We recruited 24 volunteers and through a series of guided walks and training sessions, they developed their wildlife identification skills and started to record what they saw – over 1,000 records have been submitted, covering over 580 different species. Over half of the records are plant species, but we also know of other wildlife including birds, beetles, butterflies and fungi, some of which are nationally rare or protected.

“We have also been able to support the volunteers to take part in other activities such as Cumbria Wildlife Trust’s Get Cumbria Buzzing project, the National Plant Monitoring Scheme and CBDC’s recording days. The more practice the volunteers have, the better they become and the more likely we will continue to receive information from them.”

Maryport Inshore Rescue received two grants totalling £19,838. Mike Messenger, Operations Manager, said: “In 2013, we installed an environmentally-friendly rainwater harvesting system and the first set of solar panels on the east side of the building. We were supported once again earlier this year to install additional solar panels on the west side of the building. This has reduced our carbon footprint and has reduced our energy bill significantly, which is fantastic as funds saved go towards the running costs of the charity. 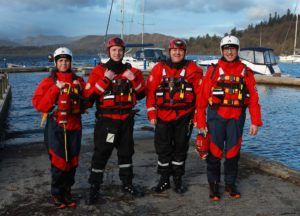 In Workington, Northside Community Centre received £23,790 from the Robin Rigg Fund for the installation of solar panels and the replacement of internal light fittings.

Stella Kent, Centre Manager said: “Thanks to funding, we have been able to reduce the cost of our energy bills, which is great news in this current climate of ever rising energy bills. The installation of solar panels on the roof means we have benefited from using renewable energy and also receive an income from the feed-in tariff payments received for any excess electricity generated, which is exported to the local grid.”

Emma Skelton, Business Service Co-ordinator at E.ON, said: “The Robin Rigg West Community Fund has delivered some fantastic projects which have promoted the sustainable use of energy and resources, supported nature conservation and addressed other environmental needs of the communities local to Robin Rigg. I’m truly delighted with what has been achieved over the last decade and I would like to thank Cumbria Community Foundation for the big part they have played in making these projects a reality and a success.”

48 community organisations benefited from the fund, totalling more than £546,000. Annalee Holliday, Grants & Donor Services Officer at Cumbria Community Foundation, said: “The fund provided a valuable, long-term, sustainable and reliable source of income for the local communities that neighbour the wind farm. Promoting sustainable living is so important these days, and funds set up by local businesses such as E.ON have been crucial in helping projects make a bigger impact in their area.

“The legacy of the Robin Rigg West Cumbria Fund will last for many years to come.”