Behind a row of terraced houses on the outskirts of Egremont lies a sanctuary. An allotment run by Calderwood House, a homeless hostel providing up to six months respite for those in need. 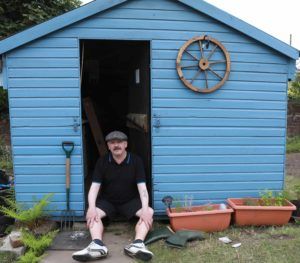 Historically in West Cumbria there has been little or no provision for homeless adults who do not fall into the ‘priority’ category in the local authority. This often means a life of sofa surfing, living in unsafe conditions, being subject to exploitation and living rough on the streets. Without a fixed address they cannot get work or access to training so are unable to start rebuilding their lives.

Since opening in 2015, Time to Change (West Cumbria), which runs the hostel, has helped more than 170 people get back on their feet. For many who are supported by the social enterprise, this is a place to relax, learn new skills and be with new friends. 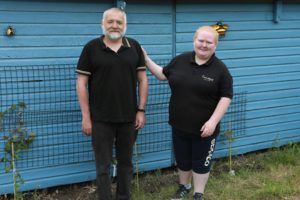 In 2018, a £7,000 grant helped set up the allotment project. Under the supervision of support worker Carla, residents grow vegetables that are then used in the kitchen. Working as a team, it provides a support network to deal with issues such as isolation, depression and low self-esteem.

This little oasis of peace offers a place to go when residents need some time to reflect and gather their thoughts. In the allotment, not only will you find fruit, vegetables and flowers, a cherry tree flourishes in the corner. It was recently planted for a resident who lost his life – a tragic story that will never leave the devoted team. Their energy, motivation and commitment to help people is commendable. 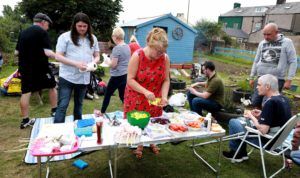 Sat in the shade of the potting shed is a former resident who now volunteers at the hostel. He became homeless after a sudden stroke had took away his ability to communicate while on holiday. After months in hospital recuperating, he returned to Cumbria to find he had lost his job and his home.

Billy, 26, became homeless when his family circumstances changed after a tragic incident. Not only was he subjected to a savage attack, he had also been living without gas and electricity for a year. He said: “It wasn’t safe for me to stay at home, I had nowhere to go.” Billy spent months at Calderwood House recovering. Since moving out, he now has a house nearby. He still enjoys visiting the Calderwood House team most days. They continue to support him, including helping him to apply for an online university course.

At Calderwood House, residents learn to live together in a community, sharing the cooking and cleaning, as well as developing skills and knowledge through work experience and training. You will often find residents helping in the community, including street cleaning and litter picking. One of the conditions of their stay is they stay free from drugs and alcohol, and testing is carried out. 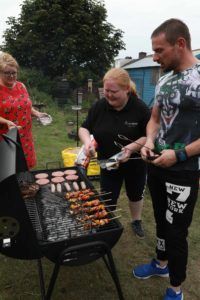 Back at the allotment, past and current residents gather daily to water the plants and tend to its needs. The air is filled with laughter and banter as Lee, a former resident and friendly ex-army veteran, cooks up a delicious smoking barbeque to the resident’s delight.

Father of three, Lee, left the army in 2009 when his life spiralled out of control. After many troubled years of abusing drink and drugs, the 31 year old became homeless. He said: “With the support of Calderwood House, I now have my own home and work as a Security Guard. I can support my daughters and now look forward to a bright future.” 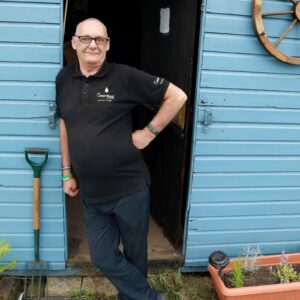 Also helping out is former veteran and resident Keith, who had been homeless on and off for many years. He had been living at the back of Tesco’s in Whitehaven when Rachel Holliday, Director and Founder of Time to Change approached him to offer help. Keith said: “If it wasn’t for Rachel, I would be dead.” Fast forward to today and you will find Keith helping current residents. He lives nearby and works as a Support Worker in the hostel. Forever thankful for the support he received, he now wants to pay it forward and help others.

Rachel was born and raised in Whitehaven. After becoming homeless in her teens, she spent many years working hard to move out of poverty and create a better life for herself. 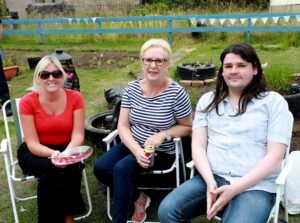 Rachel set up Time to Change (West Cumbria) in 2013 to tackle the rising issue of homelessness and subsequent unemployment in the area. Based in the former police station, Calderwood House has received more than £70,000 in grants from Cumbria Community Foundation since 2013.

The first grant gave Rachel the opportunity to create eight new jobs. She said: “Staff are trained to a high standard to ensure our residents have the best support available to them. Time to Change also offers employment to those who may have been homeless, an ex-offender, or have faced mental health issues or addiction. We recognise our employees with lived experience often go over and above for our residents. I have personally experienced homelessness, drug addiction and severe mental health illness. It makes me who I am. Seeing my recovery and hearing my story gives others hope that there is a bright future out there.”

Another grant supported the purchase of a mobile coffee van from which residents sell its own brand blended coffee. You will often see new member of staff, Deb and Keith with the van at local events fundraising for Calderwood House. The coffee is packaged in-house and sold to the consumer market. For the residents, the purchase of the van not only meant new training but also paid employment.

The world of the homeless is a tough place. More and more people are facing homelessness and housing problems. Calderwood House will continue to save lives and support people at their most vulnerable.