“I liked to have a drink and would often have a glass of wine in the evening but then alcohol became my crutch. I found myself opening the wine and drinking the whole bottle.” This is a common statement in our current society and for some it can be the start of a downward spiral.

Alcohol-related hospital admissions in Cumbria are worse than the average for England. Cumbria Alcohol and Drug Advisory Service (CADAS) aims to address and reduce the negative impact of problematic drug and alcohol use on individuals, their families and communities. 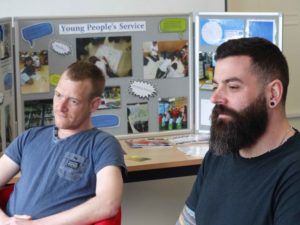 CADAS is at the forefront of tackling drug and alcohol addiction in the county. It is particularly serious in Barrow, which has seen a spike in drug related deaths. People here are more likely to die from drugs than those in Manchester, Liverpool or Lancaster.

Helen Davies, one of the charity’s three clinical supervisors, said alcohol continues to be the substance most affecting local people. But the charity’s staff and volunteers are seeing evidence that people are increasingly mixing their alcohol use with dabbling in cocaine, with potentially damaging long-term consequences. “More people are accessing our service because of cocaine, and there are a lot of people using it recreationally while they are having a night out in town,” said Helen.

Brian, 40, started drinking at the age of 14. He describes his addiction growing from alcohol to ecstasy to cocaine before ending up in jail, where he started using heroin. “When I came out I was stealing from people, I was constantly asking for money. I was manipulating people. I didn’t think I had a problem. I thought I didn’t need recovery and that I could do it my way.”

He stopped using drugs and alcohol and received help from The Well in Barrow and put on the 12-step programme. He had talking therapy with CADAS and ten sessions of black box therapy – a TENS machine stimulates the body’s production of natural endorphins. This helps reduce stress, anxiety, improve sleeping patterns and the body to heal. 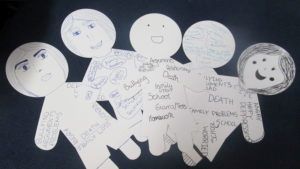 Over the last 17 years, CADAS has received almost £230,000 in grants from the Foundation. The first grant was awarded in 2003 towards staff supervision and training. In 2014, £30,000 from the NMP Community Fund helped to extend the S.T.A.R.S project in west Cumbria. Two part-time youth development workers were employed to support groups of 11-19 year olds through drug and alcohol school education programmes. It also offered one-to-one support for those worried about their own or others substance misuse. 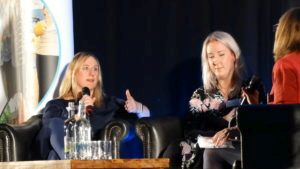 Carrie Bertram, CADAS Centre Coordinator, said: “Once trained, our volunteers can change a lot of lives. The intensive fourteen-week training process gives volunteers the skills and understanding to help clients make positive changes in their lives. They see an average of two clients each a week, offering mediation, nutrition and lifestyle support and a signposting service.”

Phil Caine, a CADAS volunteer who became an employee and now coaches people in recovery, said: “Volunteering is part of my own recovery. I live the 12-step programme. I wanted to work with CADAS and use my knowledge of addiction and drugs. There is the behavioural side of addiction, that’s a lot of what we do here, helping people figure out what is underneath the addiction.”

Addiction has no prejudice. It doesn’t discriminate, no matter where you are from, how old you are or what job or school you go to. There is no getting away from the fact that addiction can happen to anyone of us.