Charitable causes in and around the Barrow area have received a share of almost £55,000 to support some of the most disadvantaged people across the peninsular.

Eight community groups received a share of the funds at Cumbria Community Foundation’s recent Barrow Community Trust grants panel. The funding will support activities to increase confidence and self-belief of young people and the production of a video to break down local barriers and stigma around substance misuse. 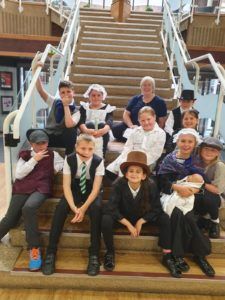 The Inspiring Barrow project, run by Cumbria Council for Voluntary Service, received £45,000 over three years from the Evening Hill Grassroots Fund, Cumbria Young People’s Fund and the Cumbria Fund. The grant will employ a Project Support Officer to engage with more young people and deliver the after-school sessions. The project works with local primary schools who identify pupils aged 10-14 who are beginning to show signs of, or who are already demonstrating, low levels of self-esteem, self-efficacy, emotional resilience and physical activity.

Andrew Bass, Business Development Officer for Barrow & South Lakes said: “Following on from last year’s pilot project, which the Foundation also supported, we have since secured part funding from National Lottery Community Fund and Children in Need to develop the project over the next three years. We are delighted that a local funder has continued to make our delivery bigger and better than before and to enable us to support even more local children.”

The Well Communities CIC, based on Dalston Road, received £3,000 from the Robinson Family Fund and the Barrow Community Trust Fund.

Working in partnership with Signal Film and Media, a series of film-making 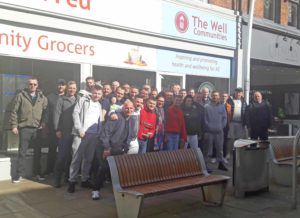 workshops will be delivered to recovering addicts who will then produce a short documentary telling the real-life stories of the impact of substance misuse.

Ged Pickersgill, Senior Development Manager, said: “We hope the short film production will break down local barriers and stigma around substance misuse. The project will work with recovering addicts to record interviews that will allow them to share their story in a supportive environment.”

Ellen Clements, Grants and Donor Services at Cumbria Community Foundation, said: “Organisations like The Well are essential in tackling issues in the local community and with help from the funds managed by the Foundation they can make a real difference.”

Applications for the next round of funding need to be submitted by Friday 13th September 2019. For more information or to apply visit www.cumbriafoundation.org or contact the grants team on 01900 825760.