Helping only one person with their mental health recovery can save the community £60,000*. 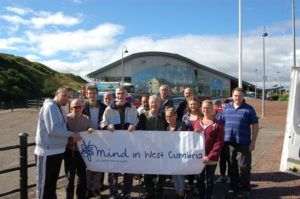 Statutory mental health services are overstretched. Yet, Mind in West Cumbria has several initiatives to help people struggling with mental health issues. It currently offers one-to-one counselling, drop-in sessions and family support. People can also develop gardening skills at its allotment in Flimby. The charity can offer these services free of charge thanks to financial help and has received more than £88,000 from the Foundation since 2006.

One in four people are likely to suffer from diagnosable mental health problems. Mind in West Cumbria works with other agencies and local partners to support around 100 people per week. 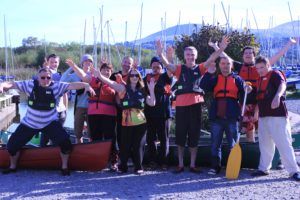 The Cumbria NHS Foundation Partnership has no dedicated helpline for people in urgent need of support. They must depend on GPs including the out of hours service and charities including MIND.

Dr Brian Campbell, Chairman, said: “We try to see people immediately, especially if there’s a threat of self-harm. We can give some time and activity that a GP doesn’t have time to do. We can go a long way to tackle mental health problems such as anxiety and depression, and, in some instances, self-harm and suicide.”

A young single mother, with no family of her own to turn to, was struggling with mental health. She is now a trainee manager and pursuing a university degree. She said: “I am only alive and beginning a life now because of MIND. Many people I have known never had the help and support I did, and sadly took their own life. MIND are paramount to people suffering like myself and so many others. They are the difference between life and death.” 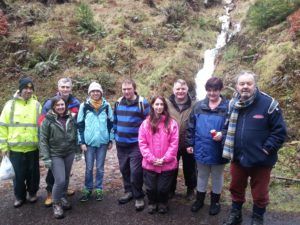 The first grant in 2008 developed the garden behind its building to make it more attractive to its users. From this the Feel Good Project was founded and further grants promoted physical fitness and emotional wellbeing.

Over the years, funding has also supported volunteer training and mentor schemes, drop in sessions and activity costs, such as photography.

The Open Mind project helps people to overcome barriers to employment. It was developed when a local young man, who was bullied for much of his school life, suffered from anxiety.

The project offers training in personal social skills and basic education, alongside other therapeutic support. It aims to increase employability – helping members to reach their potential and fulfil their aspirations.

Dr Brian Campbell continues: “We are delighted at the project’s success. It has supported 80 people and the fact it has now succeeded for this young man is the ‘icing on the cake’ for us. He’s joined the gym and a community group and is looking at starting at the local college.”

The Open Mind project also helped a 15 year old girl who dropped out of school and made a serious attempt to end her life. She was supported throughout this traumatic time and continued with her academic studies. She has now been offered an apprenticeship.

Mind in West Cumbria gives people a way forward. It helps them to understand their options, offers practical and emotional support and lets them know that they’re not alone. Brian concludes: “We help people rekindle their ambitions, which may seem limited due to illness, so that they can thrive as individuals.”

* the estimated cost of an adult custodial sentence to the community per year.