Charitable causes across West Cumbria are financially better off after recently receiving a share of more than £200,000.

Cumbria Community Foundation awarded the money to more than 30 charitable groups at its quarterly West Cumbria grants panel. Funding was also given to 25 young people towards academic study and foreign travel.

The money came from 10 grant making funds, including those set up by local corporate businesses such as Shepley Engineers and United Utilities.

Cumbria Youth Alliance (CYA) based in Workington received £7,500 from the United Utilities Legacy Fund to run a mental health and emotional resilience project, called With the Future in Mind. Russell Maddams, CYA Emotional Resilience Senior Project Officer, said: “The project will train a network of young people in secondary schools and colleges across West Cumbria as peer leads around the emotional resilience agenda. Pupils will become Mental Health First Aid champions and support their fellow peers. The project aims to give young people the knowledge of where to go for help and what to look for if their friends are struggling with their mental health. This will ultimately leave a legacy in place with young people having a greater understanding of what constitutes good mental health and emotional resilience and where to go for help if they are struggling.” 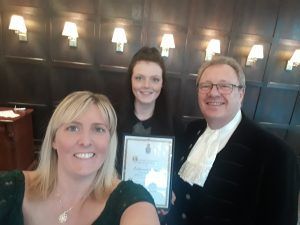 Time to Change West Cumbria, which runs homeless hostel, Calderwood House in Egremont, received £1,000 from the Shepley Group Fund towards allotment costs. Residents are involved in preparing the land and growing food to use at the hostel while offering a therapeutic space to interact with the local Egremont community.

Time to Change West Cumbria received a further £10,000 from the United Utilities Legacy Fund for its new project: WOW! Women out West, a brand-new women’s centre based in Kells in Whitehaven.

Founder and Director, Rachel Holliday, said: “WOW! Women out West is an exciting initiative allowing women in need to access all the services they require to live a better life and look forward to a brighter future. We hope to be open by summer and would like to thank United Utilities for their support for this essential centre.” 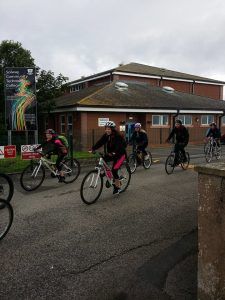 Solway Community School Bike Club based in Silloth, received £1,323 from Hellrigg Wind Farm Community Benefit Fund for set up costs. The club aims to get students on their bikes and out into the countryside to improve fitness and wellbeing as well as helping with team building and leadership skills.

Andrew Callaway, a teacher at the school, said: “The money will be used to buy tools and spare parts to help the students learn how to maintain their bikes and ensure they are safe when we go out on rides. Training will also be given on how to safely lead group rides on the roads. The students are thrilled that we have been awarded this money and we can now make this dream into a reality.”

Workington Transport Heritage Trust can now put two of its young volunteers through their Passenger Carrying Vehicle (PCV) driving course thanks to a £3,000 grant from Live the Dream Fund. 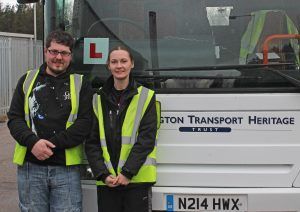 The Trust’s Secretary, Alistair Grey, said: “We need to encourage our young members to be actively involved in the operation of our preserved bus fleet to secure the future of the Trust. Gaining two professional qualified bus drivers will allow us to expand our activities and improve services for our customers.”

22 year old Nikita Wilson will benefit from the training. She said: “The chance to gain my bus licence now gives me the opportunity to broaden my horizons with the Trust and help to secure its future developments.”

Keith Turner, 24, said: “I have always been interested in larger vehicles, though mainly in the mechanics of them, but by gaining the bus licence I can look forward to driving our heritage buses out on the roads of West Cumbria and beyond.”

David Wallace, Volunteer Coordinator, said: “The future of our local transport heritage is in the hands of today’s youngsters and hopefully this grant will be the stepping stone not only to Nikita and Keith gaining their qualifications but to other young members to go down the same path in the near future.”

Haig Angling Club in Whitehaven received £5,000 from United Utilities Legacy Fund to redevelop the Mirehouse Ponds. Dave Heald, Secretary, said: “The redevelopment will make exiting on Mirehouse Road safer and make the area easily accessible to all, by improving paths, car parks and controlling the growth of the self-seeding trees and reeds in and around the ponds. It is important not only to the members of the club, but also to local residents within the Mirehouse area, who use the woodland walks for recreational use.” 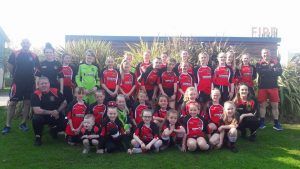 Football facilities for girls in Workington will improve significantly thanks to £3,000 from the United Utilities Legacy Fund to build new changing rooms at Workington Reds Junior Diamonds Football Club.

The ladies youth section formed in 2015 and now has more than 100 players, fielding teams from u8 up to open age.

Paul MacKenzie, Under 14’s Coach for Workington Reds Junior Diamonds Football Club said: “We are seeing both boys and girls playing their fixtures at the same time and both needing to use the changing facilities. As the players have increased, there is now a need to install female only changing facilities.”

The grant awarded will be used to provide changing cabins for use on match days once the “The Diamonds Den” playing fields on Mossbay Road in Workington has been developed.

“We are delighted with the support given to us by Cumbria Community Foundation and the United Utilities Legacy Fund, along with the support from other local businesses and members of the public,” Paul continues.

Lia Challenger who plays for our Under 16 team, said: “I’ve been a member of the Diamonds for over 4 years and playing football has enabled me to make new friends, be part of a team, keep fit and be a more confident person. The Diamonds Den will give us our own place to play football and I’m sure we will see a lot more girls coming to join us over the next few years”.

Annalee Holliday, Grants & Donor Services Officer at Cumbria Community Foundation, said: “There are many worthy organisations around the county that continue to provide help to the local communities. We are ever grateful to the generosity of our fundholders to enable us to support these vital services.”

The closing date for the next West Cumbria grants panel is 25th May 2019. For more information, visit www.cumbriafoundation.org or call a member of the grants team on 01900 825760.