It is with sadness we acknowledge, after a long illness the recent death of our former Chairman James Carr. 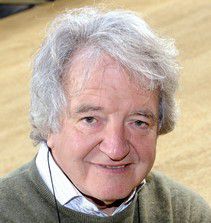 James was a passionate advocate for Cumbria and its communities. He was a keen fisherman and a driver for the creation of the Rivers Trust movement. He was also a philanthropist, creating the Moorhouse Charitable Trust which he subsequently transferred to the Community Foundation. James was High Sheriff for Cumbria in 2010/11 and during that year visited more than sixty different community projects. As Chairman of the Community Foundation he often remarked about the large numbers of truly inspirational people he met who were leading unique projects in their local communities. People whose passion and dedication could simply not be measured and whose efforts often went unsung and unknown outside their immediate communities. It is these people that we back and for whom James had the greatest admiration.

The Community Foundation was very fortunate to have James as a trustee and Chairman. He led the Board with good humour, warmth, vision and a close eye on our finances. He was recently awarded an OBE for his contributions to conservation, education and the community. We will miss his friendship, support and wise counsel.

Our thoughts are with the Carr family at this sad time.

A Memorial Service is planned for James in June.