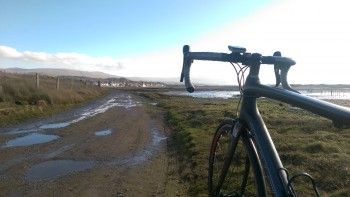 I don’t know exactly how it’s happened, but I appear to have agreed to do the Jennings Rivers Ride again in 2015. This is despite the fear, pain and moderate panic that crosses my mind whenever last year’s ride is mentioned!

Ok, so I might be exaggerating somewhat, but it is fair to say that I found the ride a challenge. Not only was it the longest ride I’ve ever completed, but it was also the most hilly and arduous.

To be honest, I was quite pleased to finish the ride, especially given the pain I felt shortly after reaching the summit of the first (and easiest) mountain pass –Whinlatter. At that point, and for most of the twenty miles that followed, I wasn’t sure that I would make it. But I did, and I think that the reason that I’ve agreed to do the ride again this year is because the sense of accomplishment I got when I reached the end was just unbelievable, and hard to even put in to words.

The other reason I am happy to do the ride again is because I know much good the Cumbria Community Foundation can do with the money it raises from the event. I know from my contact with the Foundation that they do amazing things for people and communities in the county, and in times of austerity and government funding cuts, this is even more important.

So I’d be really grateful for any donations anyone might be willing to give, to support this work. Last year I raised £900, and this year I’d love to get this up to a round £1000, but I’ll be pleased with whatever I get. You can donate at www.justgiving.com/icurwen.

I’ll try to update this blog every couple of weeks with updates on how my training is going. I’ve recently done a couple of longer rides, but these haven’t been too hilly – I’ll need to incorporate these soon, if I am to improve on, or even match, last year’s effort.

For anyone considering doing the ride – ignore everything I’ve just said. It really is great fun, and if you like cycling, you’ll no doubt find it a doddle!