Cockermouth Brewery Jennings has committed to sponsoring the Jennings Rivers Ride for the next two years.

Its support means the charity cycle rides created in its name will continue to raise money for Cumbria Community Foundation.

The company is dedicated to the Jennings Rivers Ride because of the reason behind the event’s origins.

Gaynor Green, Marketing Manager of Jennings Brewery, said: “I will never forget arriving at the brewery on 19 November 2009 and it being knee deep in water. By the time I evacuated all our staff, it was waist deep and cars were bobbing like corks in the car park. We have a line on the wall marking where the water reached – six feet one inch high! 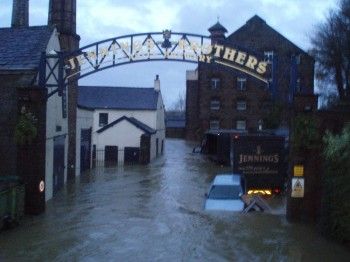 “As a company we had to temporarily brew our beers off site, for the first time since it opened in 1828. At the same time, we decided to donate 10p from every pint sold in Britain and raised over £178,000 for the Cumbria Flood Recovery Fund to help the many people affected by the floods.

“This is why the Jennings Rivers Ride is such an important event for us to sponsor. The cycle rides follow the river courses that were flooded and cyclists go across bridges that were washed away and rebuilt.

“Knowing that our support means that the money raised by cyclists goes back to helping people across the county through Cumbria Community Foundation’s grants brings the giving full circle and I am very proud of that.”

A new flood wall and flood gate have been built around Jennings Brewery to direct flood water away from the business if the rivers were to burst their banks again.

Cheryl Frost, Director of Rather be Cycling said: “Having Jennings support the event once again is brilliant. We’re also happy to announce that NSG Legacy Management is on board as a route sponsor, Cycling Active magazine is our media partner, Padon Contracts and Hope are sponsoring feed stations and Clif Bar are providing high energy snacks.

“We still have a couple sponsorship opportunities for any businesses who would like to come forward and support the event.”

2015 sees the fourth annual Jennings Rivers Ride – a series of cycle rides created after the devastating floods in 2009. Ironically, heavy rains forced the event to be postponed in 2013 to the following May. 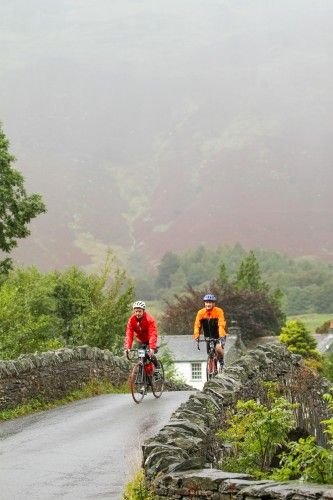 The four routes reveal some of the UK’s finest scenery and cycling terrain from the heart of the Lake District all the way out to the Irish Sea. The rides all start and finish in Keswick. It’s called the ‘Rivers Ride’ because sections of the routes follow the affected river courses and criss-cross over many of the bridges that were either destroyed and replaced, or were badly damaged during the floods.

Although it is the fourth annual Jennings Rivers Ride, it will be a first for Andy Beeforth, Chief Executive of Cumbria Community Foundation, as he has signed up to do the longest ride on the day of the event, he said: “I’ve not cycled for 75 miles in two years now, so I’m glad I’ll be cycling with everyone else for the first time – I’ll need those smiling faces to keep me going!

“The Jennings Rivers Ride is about raising money for local charities and challenging people and this year’s Big Day Out will definitely be a challenge!”

The Jennings Rivers Ride is held to raise money for the charitable work of Cumbria Community Foundation. All the money raised will go directly into its grant making Foundation Grants Fund, supporting projects that provide much needed services at a grassroots level.

The Foundation is at the heart of community life. It makes grants to local charities and people in need. The grants help young people and older people, those living with disabilities and those recovering from illness.

The Jennings Rivers Ride is made possible by the generous support of the sponsors and the help of more than 80 volunteers.

To find out more about the causes Cumbria Community Foundation supports click here.

To read more information about the event, sponsorship opportunities or to enter visit Rather Be Cycling.