The guys were brought together by their love of Sixties Soul music, and a close friendship with each other going back decades. 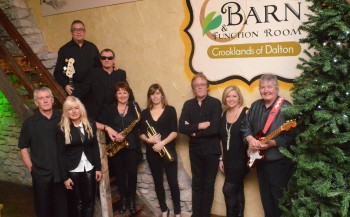 Danny Smyth was well known as half of Soul Duo “The Smyth Brothers” and topped the bill all over the North of England backed by local bands “Index Trend” and the great “Patents Pending”.

Dave, Frank, and Mike, have also played together over the years in other local bands such as “Small World” and “Breaker” and “Danny Patterson & The Flamingoes”.

Mike is known as a “Drummers Drummer”, and is probably the most well respected percussionist to ever come out of Barrow.

Saxophonist Julie Rogerson is a well respected local player and one of the very best Sax players ever to come from the local area. Trumpet player Kim Anderson is the youngster in the band, but is very experienced, being both a conductor of several local Brass Bands and a professional Brass teacher, she is also a published Poet under the pen name of Kim Moore.

Sarah is well known for starring in many local musical productions over the years, her most recent appearance being in the Chorus for “Evita” at The Forum.

Tania was a member of Cabaret and Dinner Dance band “Forever” along with Dad Dave some years ago.

Altogether a very experienced outfit who just love to play and entertain the crowd.

The public’s interest in, and love of, Sixties Soul Music never seems to diminish, and Dave has just recently been informed that the “Chapter Five” single he wrote (You Can’t Mean It) is to be re-released early in the New Year for the 4th time!!! The band obviously include this, and other Chapter Five numbers, in their set list.

Barrow Community Trust is delighted that Soul Survivors have agreed to perform their first major gig to raise funds for the Trust at the Soccer Bar on Friday 30 January 2015 with doors opening at 8pm.  Admission will be by ticket only with tickets, costing £10 each, being available for cash purchase only from R & T Music, 8 Dalkeith Street, Barrow-in-Furness.

Rob Cairns, Chairman of Barrow Community Trust, said: “It is wonderful that Soul Survivors are doing their first full gig to help us with our fundraising.  We all very much appreciate this tremendous gesture.  Every penny raised will be used to help worthwhile causes within the Borough of Barrow-in-Furness.  We are certain that this gig will quickly sell out and I therefore urge any Chapter Five followers or soul music fans to get their tickets quickly.  Personally, I cannot wait to hear them.” 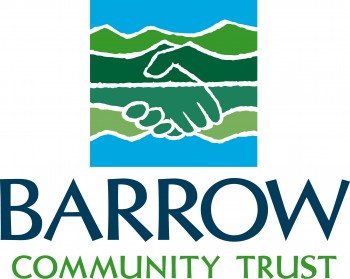