Cumbria Community Foundation has been selected as charity partner by SIBA North West for its 2013 beer festival and competition. The organisation – the Society of Independent Brewers – will donate the cover price of its event guide and has invited the charity to undertake its own fundraising activities around the event.

Bringing together brewers from across the North West, battling it out to be named best in the region, the event will showcase talent from breweries large and small. In keeping with its aim of supporting and promoting independent breweries, SIBA NW is also keen to benefit the community in which the event is held.

It is hoped the beer competition and festival will help to raise more than £3,000 for the charity. Organisers also hope the partnership will help to promote the charity among the thousands of visitors expected to attend the event, which is being held from Thursday October 24 to Saturday, October 26.

Greg Bolton, chairman of SIBA North West, said: “The ethos behind SIBA is to support independent brewers, to provide guidance and help promote their business. In a similar manner, Cumbria Community Foundation helps community organisations to access funding and to increase awareness of the work they do, to potential funders and users. We wanted to invite a charity to take part in the event and allow us to give something back to the local community. This seemed the ideal partnership and we will be delighted to welcome Foundation friends and volunteers to the festival in October.” 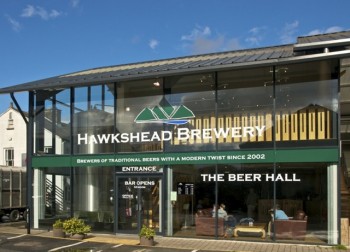 Staged at The Beer Hall at Hawkshead Brewery in Staveley, allowing visitors to soak up the atmosphere of an authentic working brewery, this will be the county’s biggest ever beer festival. The contest will see up to 80 of the region’s breweries enter more than 200 ales to be judged by a panel of experts which includes SIBA members, CAMRA experts and national food and drink journalists.

The Foundation will have a stand in the marquee of the beer festival from where its volunteers will sell the Beer Festival Guide for £1. Andy Beeforth, Chief Executive said: “We are very pleased to have been invited to be a part of this event and will be taking the opportunity not only to raise funds to support our community groups this year, but also to tell visitors about the amazing work being done every single day by volunteers all across our county.”