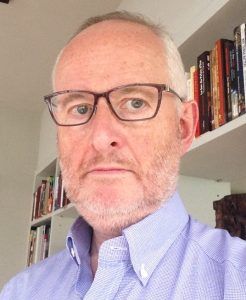 Nicholas Coulson was born and educated in Somerset and at Oxford, where he read History. He spent nearly thirty years working in international financial markets, mostly advising major European companies and governments and has extensive experience of business in France, the Netherlands, Germany and Russia.

After retiring from the City, Nicholas spent six years living and working in Hong Kong, where he ran his own business.

Nicholas and his wife Kate have had a home in Cumbria for nearly thirty years and now live there full-time. They have two children.